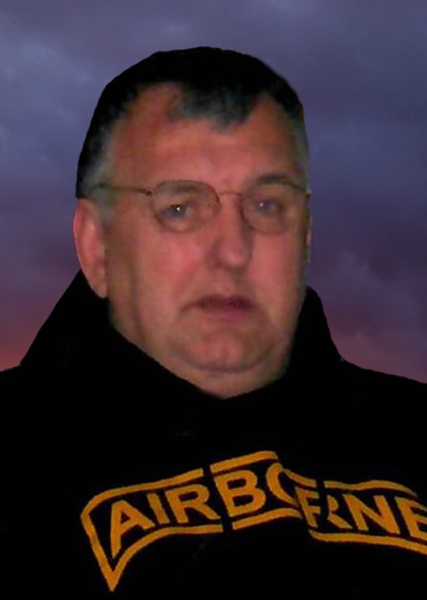 Wayne Crumley, 68, of Lisbon, formerly of Grand Forks and Mandan, has been kickin’ it with Jesus since February 28, 2021.

A memorial service will be held 11 am on Friday, March 5, 2021 at Buehler-Larson Funeral Home, Mandan, with Pastor Lee Herberg officiating.  Burial will follow at Sunset Memorial Gardens in Bismarck.

Visitation will be held from 6-7 pm on Thursday, March 4, 2021 at Buehler-Larson Funeral Home, Mandan, with a prayer service beginning at 7 pm.

Wayne was born to Abraham and Mary (Maurer) Crumley on November 4, 1952 in Grand Forks, ND.  In 1969, at the age of 17, Wayne enlisted in the US Army.  He spent an entire tour of duty in Okinawa, Japan.  In 1977, Wayne was honorably discharged from service and later that year became an officer for the Bismarck Police Department. He continued being a police officer until 1980.

Over the next few years, Wayne had many odd jobs from being a nurse in Grafton to being a painter.  Wayne’s true passion was traveling the United States, staying at Veteran’s Homes in numerous states along the way.  He loved traveling by Greyhound and did so much that he even received a rebate one year.

Wayne’s true love was his family.  He had a special bond with his sister, Bonnie.  She raised him from the time he was 16 until he enlisted.  No matter what was happening in his life, he always knew he could count on her to be there for him.

In 2004, with the help of his sister, Wayne moved to the Veteran’s Home in Lisbon, ND where he would spend the remainder of his life.  He loved it there.  It was his home.  He loved everything about it and received the best care anyone could ask for.

In 2019, Wayne found the daughter he spent his entire life looking for.  A daughter that our family did not know about because Wayne thought he would never find her.  A daughter born in Okinawa.  A daughter he would never meet.  His daughter, Shannon, was unable to come to North Dakota due to Covid and visitation restrictions.  Wayne spoke with her often and she will meet Wayne through his family.

To order memorial trees or send flowers to the family in memory of Wayne Crumley, please visit our flower store.
Open