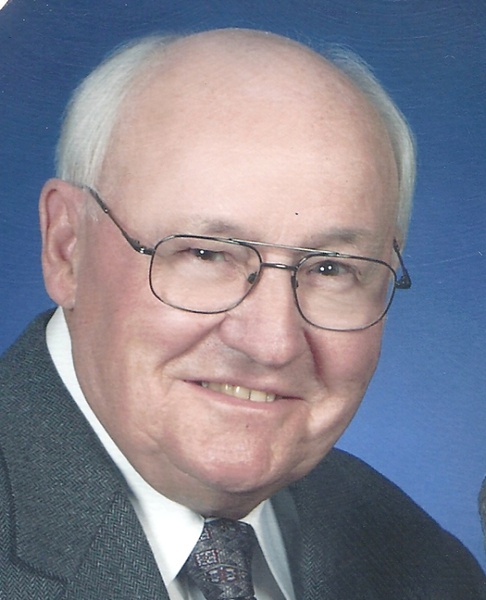 A funeral service will be held at 2 PM on Sunday, September 15, 2019 at First Lutheran Church, Mandan, with Rev. Gene Anderson officiating.

Visitation will be held from 5 to 7 PM on Saturday, September 14, 2019 at Buehler-Larson Funeral Home, Mandan and continue one hour prior to the service at the church on Sunday.

Burial will be at the ND Veterans Cemetery on Monday, September 16 at 10 AM.

Warren Albert Buehler was born January 14, 1925 in Detroit, Michigan to Albert and Helen (Mauer) Buehler.  He graduated from high school in Detroit, MI and then served with the US Navy from August 1943-January 1946 as a Seaman First Class.  Warren attended Bismarck Jr. College and the University of Minnesota Mortuary Science School.  On June 16, 1945 he married Elizabeth (Bette) Ann Blandin in Astoria, Oregon.  Moving to Mandan in 1946, Warren worked for Kennelly Furniture Store and Funeral Home.  He purchased the funeral home in 1954, and it became Buehler Funeral Home.  Warren served many families with great compassion and professionalism until his retirement in 1989 when he sold the funeral home to Gary and Patricia Larson.  The funeral home then took on the name it still holds, Buehler-Larson Funeral Home.  Warren was a member of First Lutheran Church and a charter member of the Mandan Kiwanis.  He served on the Mandan Hospital Board of Directors and the North Dakota State Board of Embalmers.

Warren was preceded in death by his wife, Bette in 2014; his parents; brothers, Day and Ralph; and daughter-in-law, Lorraine Buehler.

To order memorial trees or send flowers to the family in memory of Warren Buehler, please visit our flower store.
Open