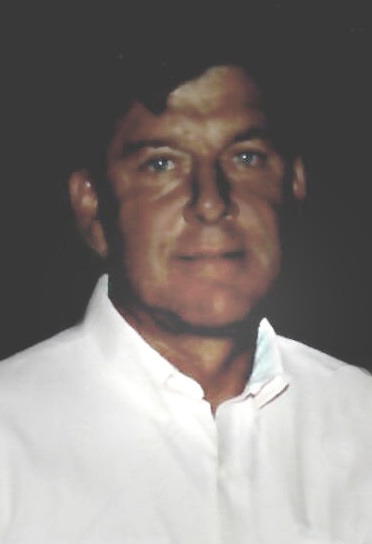 Vernon Emil Jonson, a father, grandpa, companion, and friend, was called unexpectedly to Heaven on December 31, 2020, surrounded by his loved ones.  He was 73.

Cremation has taken place and visitation will be held from 5 to 7 pm on Tuesday, January 5, 2021 at Buehler-Larson Funeral Home, Mandan.  The funeral service will begin at 7 pm.  Masks are required.

The funeral service will be livestreamed on the Buehler-Larson Funeral Home website at the bottom of Vernon's obituary page.

Vernon was born on July 17, 1947, to Emil and Vivian (Sakrison) Jonson of Flasher, ND.  He attended grade school at the one room Big Bend Country School located near the family farm north of Flasher and graduated in 1965 from Flasher High School where he played football, basketball, and was crowned Homecoming King.  After graduating he attended college in Wahpeton for one year before returning home to work on the farm with his parents.  Years later he was blessed with two daughters, Sherry and Heather.

Vernon was an avid hunter and outdoorsmen.  In his younger years he raced snowmobiles and made many hunting trips with his best friends. He hunted everything from bear and moose to caribou and elk. Vern never missed deer hunting season and looked forward to taking his daughters out to get their bucks each year. He loved being their hunting guide and drove them around the hills in the ‘ole red Ford.  One of his proudest accomplishments was starting an elk herd and offering trophy hunts.

Anyone who stopped by the farm knew they would be greeted with a smile, an offer to drink a beer and share some tales in the meat shop.  The meat shop was Vern’s favorite place.  Being a knowledgeable butcher, he was always willing and eager to help friends, neighbors and family process their meat.  Many laughs and stories were told in the meat shop!

If Vern wasn’t hunting, fishing, or farming, he was taking his girls to horse shows and rodeos around the state.  He was proud of both of his daughter’s accomplishments with their horses.

Later in life, he moved to Bismarck with his best friend and love, Marilyn Volmer.  They lived together until Vernon’s health started to fail.  He survived lung cancer but succumb to COPD and moved into a care facility for the last couple years of his life.  While he was at the care facility if you walked around the corner with a couple of McDonalds hamburgers and some Diet Coke, he would grin ear to ear.

He enjoyed telling his grandchildren stories about their Grandpa Emil and his life in Sweden before he came to America in the 1920’s.

Vernon is survived by his daughters, Sherry Schmidt (John Hoffpauir) of Flasher and Heather Haadem (Jerad) of Bismarck; his special friend, Marilyn Volmer of Bismarck; and grandchildren, Landrie, Houston, and Quinn

Vernon was preceded in death by his parents, Emil and Vivian Jonson and sister, Vernetta (Jonson) Bennett.

To order memorial trees or send flowers to the family in memory of Vernon Jonson, please visit our flower store.
Open