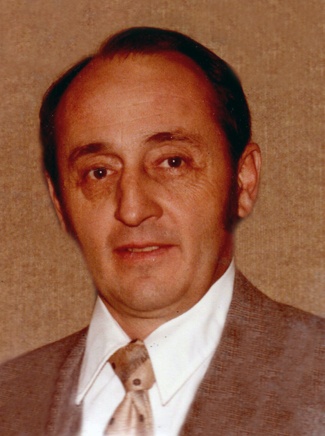 A funeral service will be held at 10:30 AM on Friday, December 6, 2019 at First Presbyterian Church, Mandan, with Rev. Deanna Reikow officiating.  Burial will be at the North Dakota Veterans Cemetery.

Visitation will be held from 5 to 7 pm on Thursday, December 5, 2019 at Buehler-Larson Funeral Home, Mandan, and continue one hour prior to the service at the church on Friday.

Stuart was born November 5, 1932 in Nashville, Tennessee to Stuart Sr. and Mary Alice (Tolman) Shortt.  He was raised on the outskirts of Richmond, Virginia where he enjoyed the wooded areas, fishing in the streams, and the nearby resources of nature.  As a young man, he volunteered at his local fire department and later worked as a Roughneck on an oil rig during the Williston Basin Oil boom near Bowbells, ND.  After high school, Stuart attended Eastern Illinois University.  On June 19, 1954 he married Elizabeth Pampe in Olney, Illinois.  Soon after, he was drafted into the Army.  He served two years as a helicopter mechanic in a MASH Unit during the Korean Conflict.

When he had finished his service to our country, Stuart began a long career as a technician with IBM.  He was particularly intrigued by an opportunity to come back up to North Dakota.  After living in New York and Chicago, Stuart and Liz moved to the Bismarck/Mandan area in 1959.  They have been happy to call North Dakota “HOME” ever since.  Stuart enjoyed many hours of fishing, hunting, and outdoor events here and in Canada and nearby states.  Fly fishing was his favorite and he often made his own lures and baits.  He was a member of Missouri Valley Fly Fishermen group.  After retiring, Stuart and Liz traveled extensively, enjoying family, friends and grandkids.  Stuart loved fishing with his grandchildren.  Mountain hiking, photography and a good card game were also high on his list!  Stuart was a man of Christian faith and quiet good deeds.   In earlier years, he served as a Deacon and an Elder at Mandan First Presbyterian Church.

In lieu of flowers memorials may be made to the Alzheimer’s Association or the First Presbyterian Church of Mandan, ND.

To order memorial trees or send flowers to the family in memory of Stuart Shortt Jr., please visit our flower store.
Open