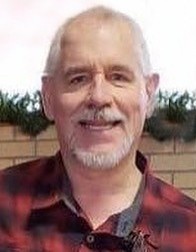 Visitation will be held from 3:00 PM to 5:00 PM Saturday, March 9 at Buehler-Larson Funeral Home in Mandan.

Reverend Scott R. Jordan was born February 14, 1963, in Seattle, WA to Bruce & Margaret (Knutson) Jordan.  In keeping with Scott’s untraditional ways, here is all the information you need.  Scott first loved Jesus with everything in him, and both his family and church family second.  He adored his wife and children and was over the moon for his grandchildren.  He graduated Baptist Bible College in Springfield, MO and went on to get his master’s degree at Grand Canyon University.  Scott was the Discipleship Pastor at Oasis Southwest Baptist Church in Amarillo, Texas, from February of 1998 until October of 2003. He pastored the Beach Evangelical Church from November of 2003 to October of 2005. In November of 2005 he and his family moved to Bismarck where he pastored The Bridge Church until his passing.  Scott loved others and wanted everyone he knew to know and have a personal relationship with Jesus.  He left a legacy of love, faith, and strength to all those he knew.  It is the collective belief of the family that it was not the aortic dissection that caused his death, it was all the dog gone snow!

He was preceded in death by all his grandparents and his mother, Margaret Knutson Jordan.

In lieu of flowers, memorials are preferred to The Bridge Church (929 N. 14 th St., Bismarck, ND  58501).  In his passing, Pastor Scott would want to know that his congregation is financially cared for.

To order memorial trees or send flowers to the family in memory of Scott Jordan, please visit our flower store.
Open