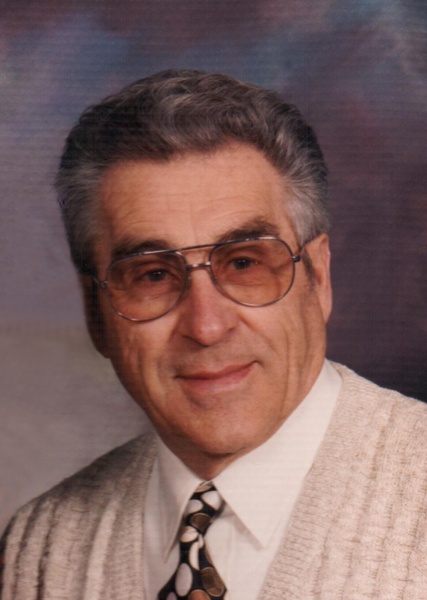 A funeral service will be held at 10 am on Monday, October 31, 2016 at American Lutheran Church, 1101 10th St SE, Mandan, with Reverend Robert Rowan officiating. Burial will be at the North Dakota Veterans Cemetery with full military honors.

Raymond was born August 9, 1922 in rural Beulah, ND, one of fourteen children to Alec and Eliza (Buchfinck) Mohl. He attended rural school and at age 14 went to Civilian Conservation Corps (CCC) which was a public work relief program that operated from 1933 to 1942 in the United States for unemployed, unmarried men from relief families as part of the New Deal. In 1944 Raymond enlisted in the US Army and served as an interpreter in Germany and France. He helped release refugees and was honorably discharged in 1946. Returning home to ND, Raymond farmed and ranched. He had learned drilling services in the Army Corp. of Engineers and later started his own business, Mohl Drilling. In 1951 he married Betty Lou Miller and they had two children. Raymond was a lifelong member of the ND Well Drillers Association. Upon retirement he sold the business to his son, John. The business continues now into the third generation which Raymond was very proud of. In 1983 Raymond married Lorraine Sailer and they made their home in Mandan. Raymond loved gardening and was a talented woodworker, building many things for his family. He also helped build American Lutheran Church in Mandan. Raymond enjoyed staying physically fit all of his life, liked to attend rodeos, and watching western movies. A dedicated husband, father, grandfather, and friend, Raymond will be greatly missed.

Raymond was preceded in death by his parents, 3 sisters, and 5 brothers.

The family extends a special thank you to all the caregivers at Sanford Continuing Care Center on Sunset.
To order memorial trees or send flowers to the family in memory of Raymond Mohl, please visit our flower store.