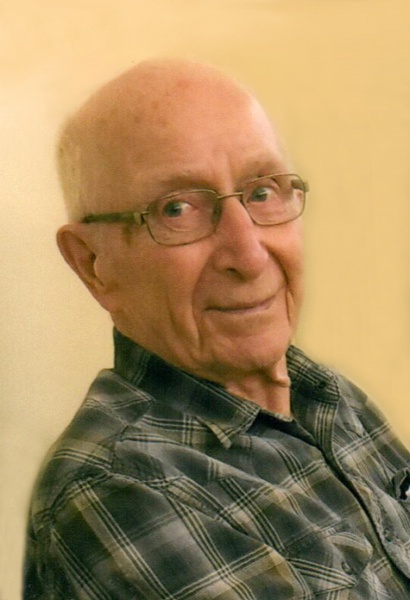 Funeral services will be held at 10:30 AM on Saturday, February 24, 2018, at St. Peter Lutheran Church in Hannover with Rev. Russell Fitch officiating. Burial will be at Hannover Cemetery.

Visitation will be held from 1:30 - 2:30 PM on Friday, February 23, 2018, at Elm Crest Manor, New Salem. Visitation will continue one hour prior to the service at the church on Saturday.

Raymond Maier was born on August 9, 1922, to Philip and Anna (Henke) Maier at Spring Coal Valley Stock Farm, 16 miles northwest of New Salem. Raymond attended St. Peter Parochial grade school in Hannover where he received Confirmation Instruction. During his New Salem high school years, Ray was a member of the Future Farmers of America, receiving the State Farmer Award in 1941. He was also active in the Hannover 4H, raising and showing registered Black Angus cattle. After high school, Raymond farmed with his father.  In 1945 he purchased the Julius Keuther farm north of New Salem, calling it the Maier Ranch.

On June 22, 1947, Raymond married Neoma Schuricht in Denver, Colorado. Raymond and Neoma raised their family and farmed the Maier Ranch for 40 years, retiring to New Salem in 2002. Neoma passed away in 2013.

Raymond was a lifelong member of St. Peter Lutheran Church in Hannover, serving as an Elder, Finance Board member, along with holding several offices in the Lutheran Laymen’s League. He was also a supervisor on the Oliver County Soil Conservation Board for over 25 years and served on the Board of Directors of Elm Crest Manor for one term.  Ray was also a member of the ND and the American Angus Association.

The family extends a special thank you to the staff at Elm Crest Manor for the wonderful care given to Raymond for the past 12 years.

In lieu of flowers, memorials are preferred to the Dakota Boys and Girls Ranch or Hannover Cemetery Association.

Raymond's Memorial Folder
To order memorial trees or send flowers to the family in memory of Raymond Maier, please visit our flower store.