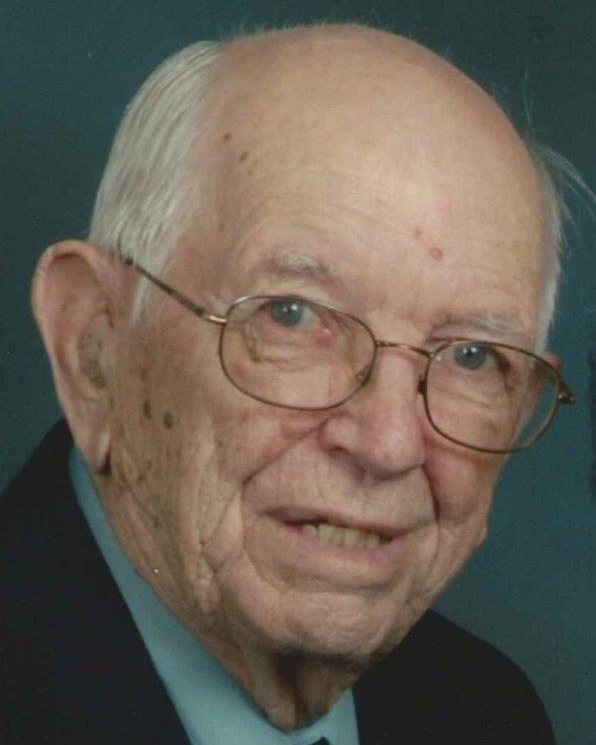 Milan Edward Ward, 101, went home to be with his Lord and Savior on Sunday, January 8, 2023. He was currently residing at Missouri Slope Washington in Bismarck, ND.

Interment with military honors will be at Sunset Memorial Gardens Cemetery in Bismarck.

Milan was the middle child of nine brothers and sisters born to Thomas and Emily Belle Livingston Ward. He was born in a log cabin located on the Belle Prairie homestead near Intake, Montana on June 26, 1921. He completed eight grades at a one-room school house in Stipek, Montana, before attending and graduating from Dawson County High School in Glendive, Montana in 1941.

His first real job was working for the Northern Pacific Railroad until he was drafted in July of 1942 to serve in the Air Force during World War II.

Milan’s basic training was at Shepherd Field Air Corp Base in Texas, where he learned about glider airplanes. After his training, he was sent to Miami, Florida where the Air Force was experimenting with glider planes that could hold 25 people. After a few months, Milan was stationed in Washington, DC to retrain as an airplane mechanic, later becoming an aerial engineer and helped to fly passengers including various state and federal secretaries and dignitaries. Milan later became a flight engineer helping to fly supplies in a C-47 cargo plane to the Air Force men stationed in Greenland from Westoner Field, Massachusetts. He finished his deployment in 1949 with the Air Transport Command’s 503rd AAF Base Unit stationed in Washington D.C. as a staff sergeant and continued in the Air Force reserve unit for three more years.

Milan married Dorothy Mae Hines on January 18, 1946, while he was stationed in Washington DC. They returned to Montana where their two children were born. Milan went to work for the Northern Pacific Railroad for 26 years before retiring. He then went to work for the Youth Correctional Center in Mandan, North Dakota, for 18 years as the Chief Engineer at the boiler building on the campus.

Milan loved the outdoors. His interests were many such as gardening, traveling, camping, fishing and ice fishing, not to mention all types of bird and wild animal hunting, especially up in the mountains of Montana with his brothers. Milan was a humble man with a fun-loving twinkle in his eye. Always on the go and eager to help anyway he could. Grandpa Milan loved to wrestle with his grandchildren, teaching them to fish, garden, sledding on the ice while ice fishing and driving around on the riding lawn mower. He and Dorothy loved God and their faith and church were a big part of their lives. They were married for 73 years. Some of the big highlights during their life span were a trip to Jerusalem, helping to build churches, and Milan getting to take a trip with the Bismarck Honor Flight to Washington DC to see the many war memorials.

Milan was preceded in death by his wife, Dorothy; son, Thomas (Tom); his parents; four brothers and four sisters; and several sisters- and brothers-in-law.

To order memorial trees or send flowers to the family in memory of Milan E. Ward, please visit our flower store.