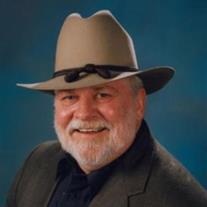 A Time of Remembrance will be held at 10 am on Saturday, November 14, 2015 at Buehler-Larson Funeral Home, Mandan.

Michael was born March 18, 1947 in McAllister, MT to Frank and Pauline (Clements) Little. His family moved to Arkansas when he was a young boy. They later moved to Illinois where Michael graduated from Dundee High School. Michael enlisted in the US Army in 1966 where he joined the Army Security Agency and served as a radio operator in Vietnam for two years. After he was honorably discharged in 1970, his work took him to the Chicago area in Illinois and then to Rocky Mount, North Carolina until 2001 when he moved to Montana and ended up in North Dakota where he had lived ever since. Michael kept in touch with the friends he made all over the county. He loved to sail, create art, engineer machines, help others, and to fish. After a severe stroke in 2004, Michael authored several books including Twelve Quiet Men and Stanger in the Mirror. He had a passion for writing and enjoyed different genres. He will be missed by his Saturday buddies, the “Roosters.”

Michael was preceded in death by his parents and one sister, Deborah.
To order memorial trees or send flowers to the family in memory of Michael Little, please visit our flower store.