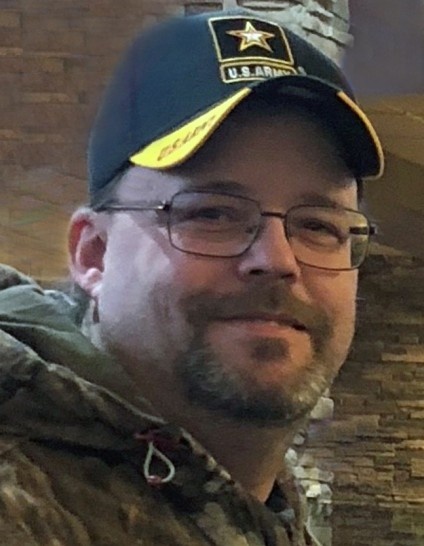 Michael Edward Howes Sr., 52, of Bismarck ND, passed away with his family by his side on September 20, 2020, at Sanford Hospital in Bismarck.  Memorial service will be held on Friday, September 25, 2020 at Buehler-Larson Funeral Home in Mandan with Rev. Christina Martin presiding.  Burial will follow at Mandan Union Cemetery.  Visitation will be held on Thursday, September 24 from 5-8 PM at Buehler-Larson Funeral Home.  The family requests anyone attending either the visitation or the funeral to please wear a mask due to Covid 19.

Mike was born July 29, 1968, to Maurice and Reva (Johnson) Howes in Mandan, ND.  He was the youngest of seven children. Mike completed his schooling in Mandan and joined the Army National Guard 191st MP Guard Company immediately after high school. He went on to certify as a police officer through Lake Region State College in Devils Lake, ND. In 1988, Mike married Tricia Nelson and through their marriage they were gifted with four children. In 1994, Mike met the love of his life, Joan. The two of them were united in marriage in June 2003, and with Joan’s two children, they grew into a family of eight. They referred to themselves as, “the Brady Bunch 2.0”.

Mike was the pillar of his family who was deeply loved and adored by all who knew him. He was an outdoorsman through and through; an avid hunter, fisherman, and camper. Mike and Joan loved to spend their weekends glamping (glamorous camping) in their “home on wheels” at General Sibley or Ft. Lincoln State Park. After his chemotherapy treatments, he was so ecstatic to finally be able to hear the crickets chirping again while sitting by the campfire- he had not been able to hear them in many years. Mike was also an exceptionally talented artist and vocalist.

At the center of Mike’s world were his grandchildren. From having them out for summer sleepovers at the camper, to attending sporting and school events, to simply singing a silly song to them in his famous Donald Duck voice; nothing made Mike prouder than being ‘papa’ to his seven beautiful grandchildren. Each one of them will carry the pride of their papa everywhere their lives lead them.

Mike was preceded in death by his parents, Maurice and Reva Howes; grandparents; and his sister, Raeann Bisson.

To order memorial trees or send flowers to the family in memory of Michael Howes, please visit our flower store.
Open