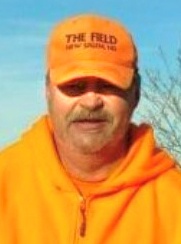 Mark Phillip Thiel, 60, of New Salem passed away on December 13, 2020 at Sanford Medical Center in Bismarck.

Mark Thiel was born on June 23, 1960 in Bismarck to Warren and Marie Thiel.  He was raised in the Judson/New Salem area along with six brothers.  Mark attended School in New Salem, where he played football for the Holsteins, graduating in 1978 as class valedictorian he then attended classes at the University of Mary.  Mark married Jolene Stockert in 1979; at that time, he was working as a heavy equipment mechanic for Clairmont Construction.  They resided in Bismarck and had three wonderful children.  Mark moved to Paris, Arkansas at the end of 1986 where he married DeeDee Cameron in 1987 and they had one son.  While living in the Paris area Mark was working in the Geothermal Industry with his friend Donovan Meuchel and then continued working as a driller.  Mark moved back to North Dakota in 2013 to be closer to his family and friends.  Mark continued to work as a truck driver for Kautzman Trucking until recently.

Mark enjoyed being outdoors, he loved his fishing and hunting.  Some of his favorite memories included hunting with his brothers in the Badlands.  He was so very proud of his gun collection and showing them off to everyone.  He enjoyed spending time at the Utter Bar and the Field, where he made lots of close connections with the New Salem residents.  Mark thoroughly loved a good Southern meal, cooking was one of his favorite past times.  Mark enjoyed cooking for everyone, gumbo and chili were his specialties.

Mark loved spending time with his grandchildren.  He was a kind and gentle man, with a generous heart, he always tried to see the best in everyone.  He had a unique sense of humor, one all of his own. Mark was also very proud of being a volunteer firefighter for the New Salem Fire Department.

Left with many memories are his children, Jennifer (Brock) Schauer, Joshua (Natalie) Thiel, Jaydin Thiel, and Dakota (Paula) Thiel; four grandchildren, Brita Cowan (Brett Job), Jreytan Ricke, Lillian and Sophia Thiel, one great-granddaughter, Karsynn Job.  He had a very special place in his heart for each one of them.  Mark will be greatly missed by his brothers and families; Marty Thiel, Mitch (Lori) Thiel, David (Shelly) Thiel, Larry Hanson, Andrew (Kim) Hanson, Daniel Hanson and Myron Chase; nieces and nephews; aunts and uncles; and many of his friends.

Mark was proceeded in death by his father Warren Thiel and mother Marie Hanson; his stepfather David Hanson; and his baby sister Jolene Hanson.

Our heartful thank you to his second family the New Salem Fire Department and the local community.  Mark took great pride in being a Holstein and being a volunteer firefighter.  Thank you for all support you provided him both emotionally and financially.  You folks kept the fight in him and with all sincerity our family thanks you, you were all very special to Mark.

To order memorial trees or send flowers to the family in memory of Mark Thiel, please visit our flower store.
Open