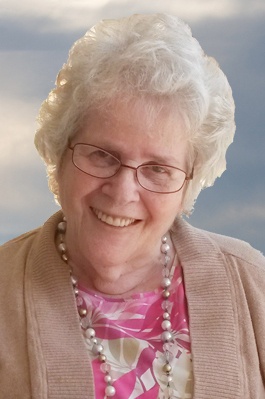 A funeral service will be held at 1 pm on Thursday, December 15, 2016 at Elm Crest Manor with Reverend Russell Fitch officiating. Cremation has taken place and burial will be held in the spring. The family will greet friends one hour prior to the service.

Marilyn was born October 24, 1935 in New Salem to Fred and Adeline (Lange) Bethke. Raised on the family farm north of New Salem, she attended country school through the seventh grade. Marilyn was confirmed at Zion Lutheran Church. In September 1956 she married Lloyd Klatt in New Salem and they had three children. They made their home in Mandan and later moved back to New Salem. A hard working woman, Marilyn helped with milking cows for many years. Very social and outgoing, she loved to visit, was talented at embroidery, loved music, and dancing waltz and polka. Marilyn was a loving caregiver to those in need and had a great love for animals. She also loved to volunteer at the nursing home and cleaned at the church. Marilyn was a very proud grandmother. A wonderful cook and baker, Marilyn's homemade kuchen, apple pie, and breads were some of her greatest creations.

Marilyn was preceded in death by her son, Patrick Robert in 1994; sister, Delores Kuch; and brother, Robert.
To order memorial trees or send flowers to the family in memory of Marilyn Klatt, please visit our flower store.