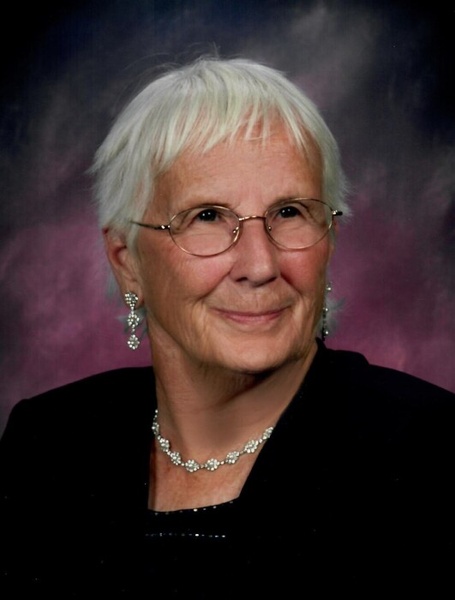 Marian Hohbein, 91, of Mandan, died February 8, 2021 at Sanford Health in Bismarck surrounded by her loving family.

A funeral service will be held 10:30 AM on Saturday, February 13, 2021 at First Lutheran Church, Mandan, with Rev. Phil Leer officiating.  Burial will follow at Mandan Union Cemetery.

Visitation will be held from 5 to 6 PM on Friday at Buehler-Larson Funeral Home, Mandan, with a prayer service and time of sharing at 6 PM.  Visitation will continue one hour prior to the service at the church on Saturday.

(Marian’s family requests that facial coverings be worn at the funeral home and at the church).

Marian was born September 20, 1929 to Fred & Antonia (Hoger) Wolf.  She grew up on the family farm at Sweetbriar, ND, attending school at Sweetbriar and graduating from New Salem High School.  Marian married Raymond Sam Hohbein on June 16, 1949.  Two of Marian’s sisters married two of Raymond’s brothers, creating a close intermingling of the Wolf and Hohbein families, much like her parents who each had three siblings married to the other family’s three siblings.

Upon marriage, Marian and Ray moved into the top floor of the Northern Pacific train depot in Judson, ND where her red Santa Claus figurine placed in a window stopped a passenger train.  She moved with her husband as his work with the railroad took them to the locations of Savage, MT, Medora, Dickinson, and later to Mandan in 1969.  Marian worked as a retail clerk at various stores including S&L Department Store in Dickinson, Ben’s Fairway, Bill’s Super Valu, and Central Market in Mandan.

Marian spent many hours crocheting, knitting, and sewing clothes and quilts.  She loved to bowl and play pinochle and other games with family and friends.  Marian was central to the family’s continuation of traditions surrounding holidays and family gatherings.  She looked forward to distributing May Day baskets, Christmas Eve with Santa, and Easter when the Easter Bunny would paint sleeping children’s toes to let them know that Easter eggs and baskets had been hidden.  Marian became a resident of the Elm Crest Manor in New Salem in 2018.

Memorials are preferred to First Lutheran Church of Mandan.

To order memorial trees or send flowers to the family in memory of Marian Hohbein, please visit our flower store.
Open