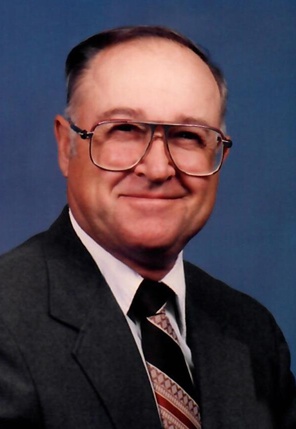 A funeral service will be held 10:30 AM on Thursday, October 15, 2020 at Peace Church in New Salem with Pastor Joshua Eddy officiating.  Burial will follow at Peace Cemetery.

Lynn Harry Starck was born August 22, 1934 in Bismarck, the fourth of five children born to Nathaniel “Tony” and Alice (Kleigh) Starck.  Lynn was raised on a cattle ranch south of Judson and attended grade school in Judson.  He graduated from New Salem High School in 1953 and then attended Coin Electrical College in Chicago, IL for nine months.  While in Chicago, Lynn unloaded produce from trains and trucks in the morning prior to attending school.  Following college, he returned to the farm to work.  His father passed away in 1961.  Lynn married the love of his life, Betty Kuehn, on June 25, 1964 at Peace Church in New Salem.  Together they farmed and raised cattle for many years while Betty taught grade school in New Salem.  They raised two sons, Darin and Mark.  Lynn taught his boys ranch life and working with the “Iron Horse” tractor.  He greatly enjoyed working on engines and knew the engine type of every piece of machinery he ever owned.  In 1977, he suffered his first heart attack which slowed him down physically.  Lynn loved to go hunting along the Heart River and enjoyed sharing his hunting stories.  He treated his wife Betty with the utmost respect and missed her dearly after her passing in 2014.  Lynn continued to live on the farm until January 2020 when he moved to Elm Crest Assisted Living and later into the nursing home.  He was a long-time member of Peace Church and the Mandan Eagles Club.

To order memorial trees or send flowers to the family in memory of Lynn Starck, please visit our flower store.
Open