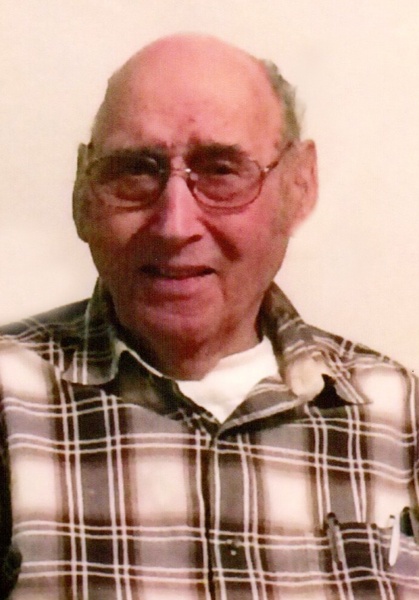 A funeral will be held at 10:30 am on Thursday, November 2, 2017 at Peace Church, New Salem, with Rev. Joshua Eddy officiating.  Burial will be at Peace Cemetery.

Visitation will be held one hour prior to the service at the church on Thursday.

Lloyd was born October 26, 1924 in Stanton, ND to Max and Ella (Albrecht) Borner.  He helped on the family farm until joining the Navy on October 1, 1943.  Lloyd served on a landing craft, taking troops to the beach during the invasion of Saigon and saw service at Okinawa, seeing many kamikaze raids.  He was honorably discharged in 1946.  Lloyd met the love of his life, LaVonne Hartmann, at a dance in New Salem.  On August 25, 1955 they were married and pooled their resources to purchase the farm next to LaVonne’s parents.  In 1970 their son, Loren was born and 4 months later died of crib death.  One year later they adopted their son, John.

Lloyd served as secretary of the Farmers Telephone Company for 11 years, was the director and secretary of the Farmers Union Lumber Company for 21 years, served on the New Salem Historical Society as director, served 2 terms on the Peace Church Council, and was a lifelong member of the American Legion.  In 2000 Lloyd and LaVonne retired from farming and moved in to New Salem, ending a nearly 50 year working partnership farming with LaVonne’s brother, Condon Hartmann, without any serious disagreements.  After retirement, they traveled and spent winters in California and Arizona.  They attended naval reunions with his former shipmates.  He and LaVonne entered Elm Crest Manor in 2015.  Lloyd was always very proud of his naval service and told many stories of his deployment.

Click to download / open
To order memorial trees or send flowers to the family in memory of Lloyd Borner, please visit our flower store.