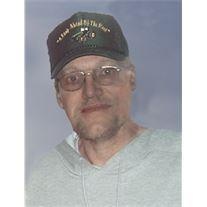 Leslie Windhorst, 54, New Salem, passed away unexpectedly on August 13, 2012 at his home on the farm.
A funeral service will be held at 2:00 pm on August 16, 2012 at the Buehler-Larson Funeral Chapel in New Salem with Reverend Ernie Hockett officiating. Burial will take place at Churchtown Cemetery, north of New Salem.
Visitation will be from 12 noon to the time of the service at the chapel on Thursday.
Leslie was born October 5, 1957 in Bismarck to Richard and Frances (Gappert) Windhorst. He graduated from New Salem High School in 1975 and attended Wahpeton College of Science where he graduated as a certified apprentice plumber. Les worked at American Crystal Sugar in Moorhead, MN. Later returning home, he worked as a plumber, welder, and helped out on the farm. Les married Annette Cofer and together they had two children, Justin and Sherie.
Les enjoyed farming, ranching, hunting, and fishing—complete with a trip to Alaska! He was a great sports fan, and enjoyed watching football and basketball on TV, especially the Rams. Les enjoyed teaching his son how to hunt, especially birds. Deer hunting was never very successful… Les and Justin spent many hours fixing up tractors, cars, and the orange Scout in the machine shed. Sherie and her dad played many games together, especially Battleship and Checkers. Many memories were made during family gatherings where the house was filled with kids playing games, the adults playing Smear, and the kitchen table full of food. Les was often found playing baseball with his nieces and nephews in the farm yard. He was by far the loudest one in the room, laughing and clapping. He would talk so loud and would be so excited to share stories that the family would often tell him to “quiet down.”
Les is survived by his two children, Justin and Sherie Cofer; his ex-wife, Annette Coffer; and his mother, Frances Windhorst, all of New Salem; four brothers and three sisters, Kenneth (Leslie) Klingenstein, Casselton, ND, Karen (Darrell) Anderson, Bolivia, NC, Keith (Kim) Klingenstein, Beltsville, MD, Kal (Dr. Beth) Klingenstein, Valley City, Glen Windhorst, Bismarck, Jean (Bill) Gottbreht, Irvine, CA, and Carol Klingenstein, New Salem. Les is also survived by the following nieces and nephews: Mindi (Don) Pirkl, Kari (John) Barlund, Dr. Kami Anderson, Dr. Justin (Gina) Anderson, Dr. Jada Anderson, Kaylene (Brandon) Carter, Kant Klingenstein, Drs. Max (Kristin) Klingenstein, Emma (Zachery) Bjore, Jenny (Jeff) Gahagan, Katie (Jerry) Brown, William Gottbreht, Matthew (Laura) Klingenstein, and Madalyn (Brendan) Muldoon.
Les was preceded in death by his father, Richard Windhorst; his grandparents; a brother, Kelby Klingenstein; and a nephew, Zachary Klingenstein.
To order memorial trees or send flowers to the family in memory of Leslie Windhorst, please visit our flower store.