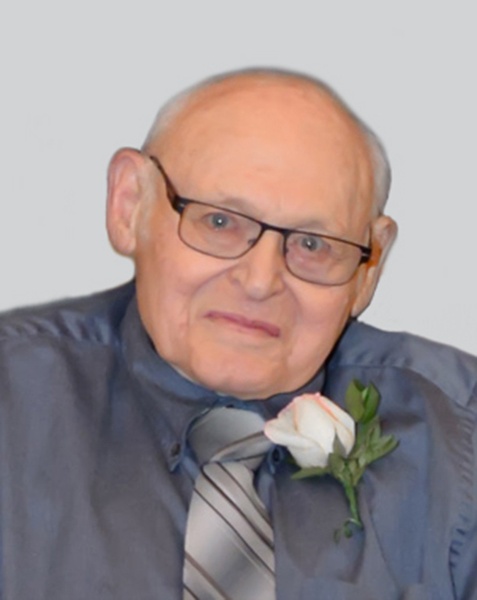 LeRoy Richard Schmautz, 86, of Mandan, died of natural causes on May 23, 2017, at Sunset Drive - a Prospera Community, Mandan.

A funeral service will be held at 10:30 AM on Friday, May 26, 2017, at First Lutheran Church in Mandan, with Reverend Ron Hildahl officiating. Burial will be at Mandan Union Cemetery.

Visitation will be held from 5:00-8:00 PM on Thursday, May 25, 2017, at Buehler-Larson Funeral Home, Mandan. Visitation will continue one hour prior to the service at the church on Friday.

LeRoy was born on August 15, 1930, to Henry and Louise (Metzger) Schmautz in Hebron, ND. One of five children, he grew up in Hebron, and after his father died, the family settled in Mandan. He attended Mandan High School. Due to complications from an old injury to his hip, LeRoy was in St. Luke's hospital in Fargo when he met the love of his life, Arlene Mavis Walen. They were married on June 5, 1955, in Glenfield, ND after a nine year courtship. They were blessed with two children, Sherry and Wayne.

LeRoy and Arlene lived in Mandan the rest of their lives. LeRoy worked at the Mirror Bar & Liquor Store as a sales clerk and then worked at Bill's Liquor Store until it closed. He later became a courtesy shuttle driver for Bill Barth Ford.
At home, LeRoy was a loving father and husband. He enjoyed gardening, hunting, wood carving and crafting wood sculptures for his yard, was an avid collector of many things, and in his later years, genealogy. What he really enjoyed most, however, was interacting with people. It energized and sustained him in so many ways. He had a good memory for names and faces and could recall who was related to whom and where they were from in great detail, often to the person's great delight. LeRoy's Memorial Folder
To order memorial trees or send flowers to the family in memory of LeRoy Schmautz, please visit our flower store.