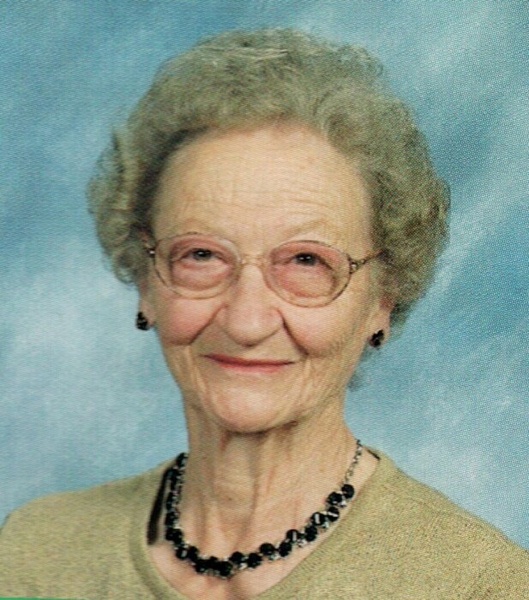 Laurayne (Ziniel) Miska died August 8, 2021 at Missouri Slope Nursing home where she had been a resident since November of 2018. Mass of Christian Burial will be held Friday, August 13 at 10:30 AM at St. Joseph’s Catholic Church in Mandan with Fr. Josh Waltz presiding. Burial will follow at St. John Cemetery south of Mandan. Visitation will on Thursday, August 12 from 5-6:30 PM at Buehler-Larson Funeral Home. A Women of the Moose Ritual will be held at 6:30 followed by Catholic Daughters Rosary and a Parish Vigil. Visitation will continue one hour prior to the services on Friday at the church.

Laurayne was born on September 12, 1927, the tenth of twelve children, to Joseph and Elizabeth (Brigl) Ziniel in St Anthony, ND.  She attended rural Morton County schools and Mandan High before moving to St Paul, MN where she worked at Montgomery Wards as an Elevator Attendant and switchboard operator. She married Charles Miska on February 14, 1952, in Mandan. She was a homemaker and also worked as a cook at the American Legion in Mandan.  Laurayne was a Women of the Moose lifetime member and achieved a College of Regents level. She was also a parishioner of St Joseph Catholic Church and a member of the Catholic Daughters. Laurayne loved to travel, she went around the world traveling with friends and family to places like Alaska, the Caribbean, Paris, Germany, Austria, Canada, and all over the United States. She loved listening to Old Time music, playing pinochle and watching Wheel of Fortune.

The family would like to thank the staff of Missouri Slope for the care provided for Laurayne, as well as to her cousin, Mary Ellen Rebenitsch, who stopped by daily when Laurayne was still at home and was always available to help with her care.

In lieu of flowers, memorials can be made to charity of one’s choice.

To order memorial trees or send flowers to the family in memory of Laurayne Miska, please visit our flower store.
Open