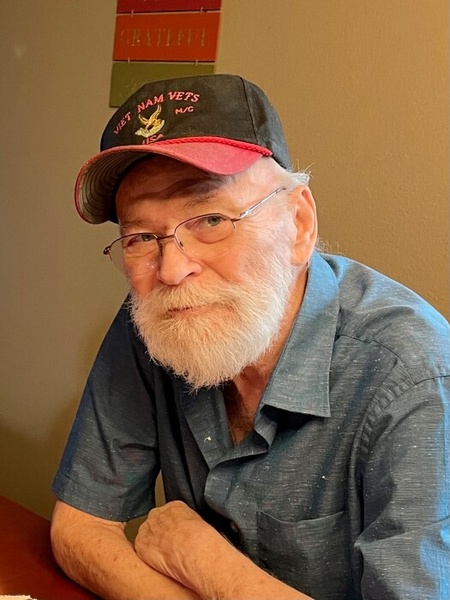 Larry C. Koester, 75, Mandan, North Dakota passed away peacefully after a courageous battle with cancer on Monday February 7, 2022, at home surrounded by his family. Memorial service will be held at 11:00 AM on Friday, February 11 at the Mandan Eagles Club with Deacon Gary Mizeur presiding. Visitation will be one hour prior to the service. Burial of cremains will be on May 27, 2022 at 1:00 PM at the North Dakota Veteran’s Cemetery in Mandan.

Larry was born September 7, 1946, in Bismarck, North Dakota. The son of Walter and Edith (Woolsey) Koester. He graduated from Steele High School in 1965. He married Carole Oberlander on March 21, 1969. Larry served in Vietnam from 1969 to 1970 and finished his tour of duty as a Sergeant E5. He received a Bronze Star and Purple Heart among other medals. After his return he worked as a carpenter in Delano, Minnesota until he moved back to his family farm in Steele, North Dakota in 1975. He became a proud member of the Vietnam Vets Motorcycle Club in May 1995. His hobbies included hunting, fishing, and riding motorcycle.  He enjoyed spending time with his family and friends.

He was preceded in death by his parents Walter and Edith (Woolsey) Koester.

To order memorial trees or send flowers to the family in memory of Larry Koester, please visit our flower store.