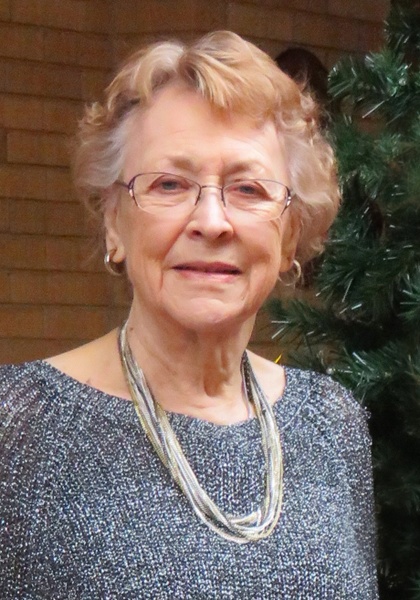 A funeral service will be held at 10:30 am on Wednesday, April 12, 2017 at Peace Church, New Salem, with Rev. Joshua Eddy officiating. Burial will be at Peace Cemetery.

Visitation will be held from 4 to 7 pm on Tuesday, April 11, 2017 at Peace Church, New Salem, with a Prayer Service at 7 pm. Visitation will continue one hour prior to the service at the church on Wednesday.

Judy was born December 3, 1941 in New Salem, daughter to Walter and Mildred (Toepke) Gaebe. She attended rural school and graduated in 1959 from New Salem High School where she was active in the chorus and school plays. Judy worked at C & S Food Center. On September 4, 1960 she married her high school sweetheart, Gary Kreidt. They made their home in Dickinson and later moved back to the family farm in New Salem. Judy was a substitute teacher at New Salem High School. She enjoyed painting and belonged to the area Art Association. Giving of her time, Judy volunteered at Elm Crest Manor, Meals on Wheels, and as a Sunday school teacher and youth group leader at Peace Church. She loved watching The Price is Right. Judy and Gary shared many special memories on their travels to Hawaii, Mexico, and Laughlin, NV.

Judy was preceded in death by her parents. Judy's Memorial Folder
To order memorial trees or send flowers to the family in memory of Judy Kreidt, please visit our flower store.