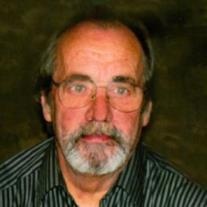 Mass of Christian burial will be held at 1:30 pm on Wednesday, April 15, 2015 at Christ the King Catholic Church, Mandan, with Reverend Nick Schneider celebrating and Reverend Leonard Eckroth con-celebrating. Burial will be at Mandan Union Cemetery.

Visitation will be held from 4 to 7 pm on Tuesday, April 14, 2015 at Buehler-Larson Funeral Home with a Rosary service at 7 pm. Visitation will continue one hour prior to the service at the church on Wednesday.

John was born October 23, 1952 in Dickinson to Matthew and Ruth (Nelson) Koffler. He attended Mandan High School graduating in 1970. He went on to attend the University of Miami and NDSU. In July of 1972 John married his high school sweetheart, Victoria Wickham. John went back to school to become a goldsmith and then went on to purchase Wickham Jewelers from Vicki’s parents, Hadley and Ida Wickham. Up until John’s death, the store had been family owned and operated for nearly 65 years.

John was preceded in death by his parents, Matthew and Ruth Koffler; and his brother, Ronald Koffler.
To order memorial trees or send flowers to the family in memory of John Koffler, please visit our flower store.