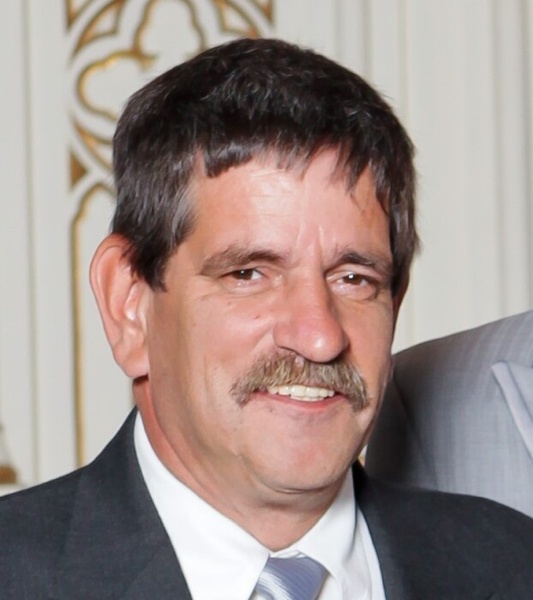 A graveside service will be held at 11 a.m. on Monday, December 7, 2020 at Mandan Union Cemetery.

Joel was born in Mandan on January 11, 1959, the third of six children to Robert “Bob” and Donna (Huber) Joersz.  He graduated from Mandan High School in 1977 and went on to study at North Dakota State University before returning home to work at his father’s store, Bill’s SuperValu, in Mandan.  In the late 90’s, Joel and his younger brother, Todd, purchased their own SuperValu in Washburn and eventually expanded in Underwood.  When the brothers decided to get out of the grocery business in 2008, Joel transitioned into the construction/concrete industry.

On June 14, 1986, Joel married Randi Renee (Skar) in Minot.  The two met while bowling at Midway Lanes in Mandan.  Joel and Randi have two sons, Stephen Robert Joersz, 33, and Shane William Joersz, 26.  Joel was extremely proud of his sons accomplishments: Stephen is married to Elise Marie-Murphy (September 2011) and has one son, Declan Robert (May 2018) and currently resides in Minot, where he is the City of Minot’s Traffic Engineer; Shane is enlisted in the North Dakota National Guard and works for a home builder where he resides in Mandan.

There’s no bigger kid-at-heart than Joel – always having a joke or teasing word.  Even with his jokester nature, everyone he met felt his warmth and friendliness - always having kind words and fond memories to share. He loved to read, bowl, camp, hunt, and tinker.  Another activity that made Joel who he was, was proudly dedicating his time to the Washburn Volunteer Fire Department.

Unfortunately, in December 2016, Joel suffered a debilitating left-side middle cerebral artery (MCA) stroke which left him partially paralyzed and caused communication to be difficult.  Despite his impairments, Joel was still Joel; liked to joke around, understood what was happening and stubbornly stood his ground until he got what he wanted.  He resided the last four years at Miller Pointe nursing home in Mandan, just down the street from his father’s condo and wife’s apartment.

To order memorial trees or send flowers to the family in memory of Joel Joersz, please visit our flower store.