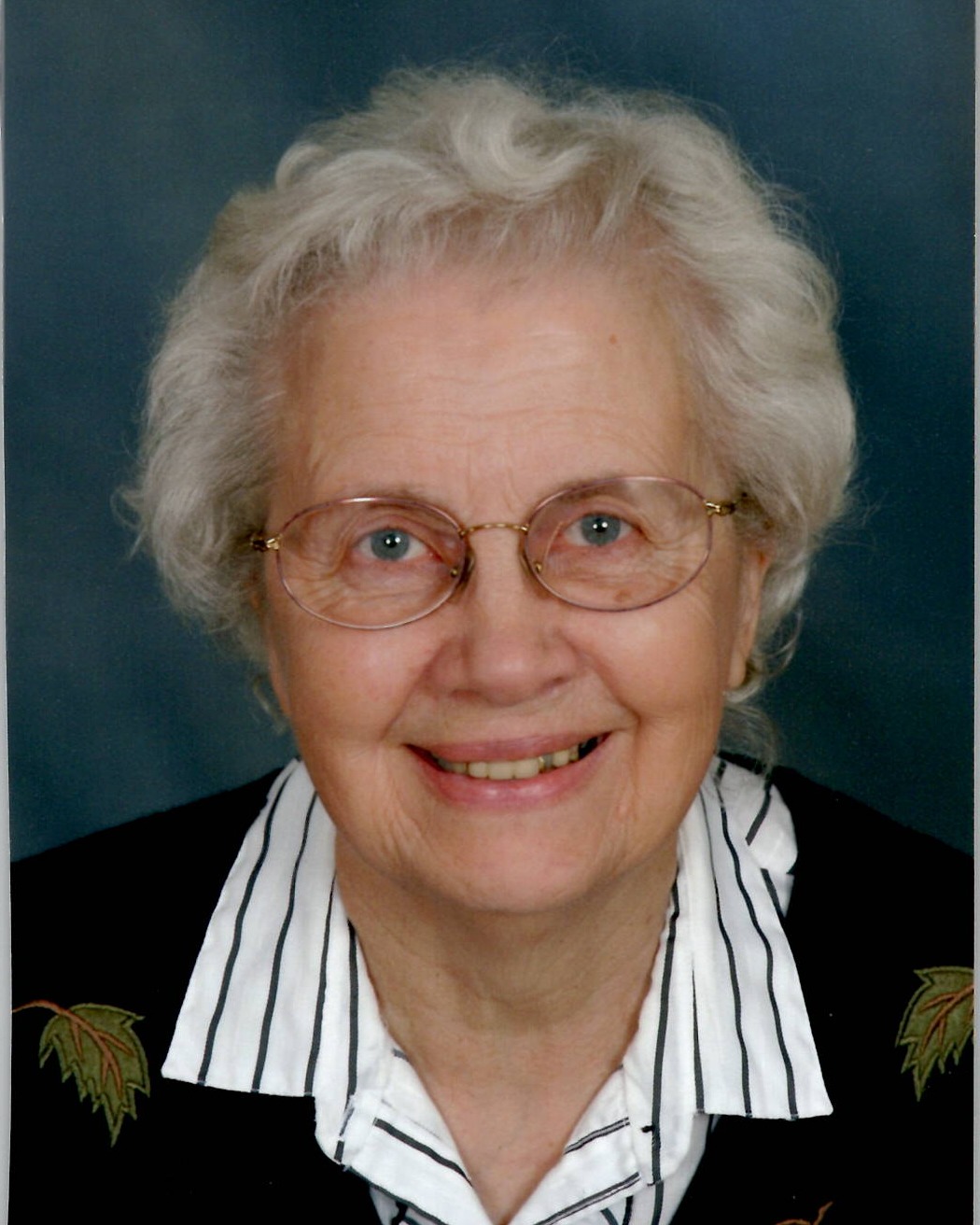 Memorial service will be held at 10:30 AM on Wednesday, December 28, 2022, at Peace Church in New Salem. Burial of cremains will take place at the Sims Cemetery in the Spring. Visitation will be one hour prior to the service at the church.

Joan Knudson was born May 16, 1934 to Carl and Roxie Knudson, Almont. She graduated High School in Almont and attended Dickinson College. She married Duane Johnson on June 10, 1953. They farmed together for many years. Joan was active in her church as an organist and a member of the women’s guild and choir. She loved to knit, quilt, make rugs, fish, and garden. Her special hobby was raising numerous animals on the farm including peacocks, sheep, goats, ducks, pheasants, orphaned pigs, and baby colts.

Sometimes you could see them running around the yard which brought enjoyment to Duane in his later years. Joan’s loyalty and love to Duane was evident in the way she took care of him until his death. Her strength never wavered as she embraced life’s struggles and joys.

She was preceded in death by her parents, her husband Duane and her daughter Marcia who passed in 1970. Two sisters and brothers in law Rita (Marvin) Hewitt, Arizona; Colleen (Wilbert) Heid, New Salem; and one brother Clifford, Almont; and brother-in-law Clay Sorneson, Bismarck.

The family would like to thank the staff at Elm Crest Manor for the wonderful care Joan received especially during her greatest time of need.

To order memorial trees or send flowers to the family in memory of Joan Johnson, please visit our flower store.