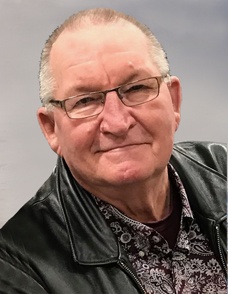 A funeral service will be held at 10:30 am on Thursday, July 29, 2021, at Peace Church, New Salem, with Rev. Bob Caranicas officiating.  Burial will be at Peace Cemetery, New Salem.

Visitation will be held from 5 to 6:30 pm on Wednesday, July 28, 2021, at Peace Church, New Salem, with a prayer service at 6:30 pm.  Visitation continues one hour prior to the service at the church on Thursday.

Jerry was born February 18, 1946, in Morton County at the home of his mother, Ethel Just.  He attended New Salem schools, graduating in 1964.  On September 16, 1967, Jerry married Carlene Weiss in New Salem.  They bought a farmstead northeast of New Salem, where they worked side by side farming and milking cows for 24 years.  Upon retiring from farming in 1992, Jerry began working construction in Bismarck, until his retirement in 2013.

Family was the most important thing to him.  Jerry was an avid outdoorsman and enjoyed hunting, fishing, camping, and trail rides with his children and grandchildren.  Jerry and Carlene enjoyed the trips they took to visit their family throughout the country.  He loved tending to his garden and canning the produce and also liked to play cards, especially Cribbage.  He was a member of the New Salem Saddle Club, Jaycees, Peace Church council, Elm Crest Board of Directors, and Fire District Board.

Jerry was diagnosed with cancer in February 2021.  Courageous throughout his battle, he fought until the end. Generous and kind, Jerry was a beloved husband, father, grandfather, great grandfather, son, uncle, and friend to many.  He will be missed by those who knew and loved him.

Jerry was preceded in death by his wife of 46 years, Carlene; his mother, Ethel; and father-in-law, Arthur Weiss.

To order memorial trees or send flowers to the family in memory of Jerry Just, please visit our flower store.
Open