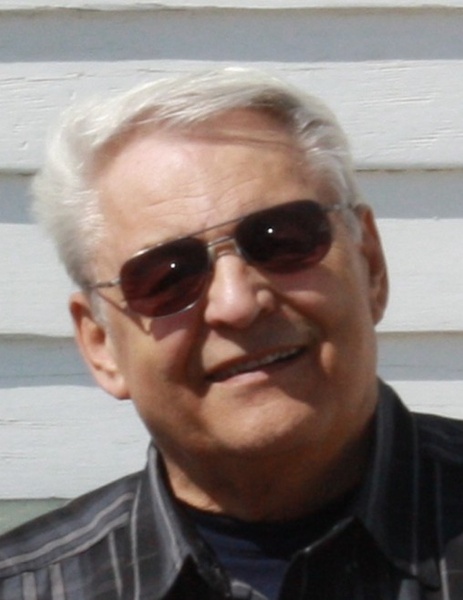 Memorial services will be held at 9:00 AM on Thursday, June 27, 2019, at Buehler-Larson Funeral Home, Mandan, with Deacon Gary Mizeur presiding. Cremation has taken place. The family will be receiving friends one hour prior to the service.  Burial will take place at St. Mary’s Cemetery in Bismarck.

Jim was born in February of 1944 to George L. and Eva (Berger) Boehm. He grew up on a farm 11 miles west of Mandan. As a child, he attended country school. In his early teens, his family moved to Bismarck where he attended St. Mary’s school.

Upon finishing school, he worked as a meat cutter with his brother Leonard at B & R Foods.  It was there that he met JoAnne who was a cashier for B & R. On July 7, 1962, he married JoAnne Mohl at St. Anne’s Catholic Church in Bismarck.  He later worked as a route delivery driver at Sweetheart Bakery.

In 1966 he and JoAnne and their three children moved to Elgin, ND where he worked in the meat department for the Jack & Jill grocery store. In 1967 he began work at Martell’s Inc. which later became Dittus Inc. His work there evolved into a sales position where he sold John Deere equipment and Ford vehicles.  He really enjoyed his time working there and spending time with farmers. In 1987 he had the opportunity to buy his own crop insurance business which became Boehm Crop Insurance in Mott, ND.  He ran that business for the next 30 years.

Jim’s hobbies over the years included racing snowmobiles in the late ‘60s and early ‘70s. He won many 1st place trophies that he was very proud of.  He enjoyed woodworking and remodeling many homes in Elgin.  He also enjoyed boating. His favorite activity in recent years were his many motorcycle trips with family and friends.

He was preceded in death by his parents George and Eva Boehm.

To order memorial trees or send flowers to the family in memory of James "Jim" Boehm, please visit our flower store.
Open