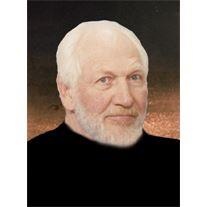 James F. Gaddis, 73, Mandan, died August 14, 2011 at Medcenter One Hospital, Bismarck.
A Funeral Service will be held at 12 noon on Friday, August 19, 2011 at Buehler-Larson Funeral Home, Mandan, with Reverend Jon E. Wall officiating. Burial will be at the North Dakota Veterans Cemetery with full military honors provided by the Mandan VFW Post 707 and American Legion Post 40. A motorcycle procession to the cemetery will be provided by the Vietnam and Legacy Veterans.
Visitation will be from 4-7 pm on Thursday, August 18 at the funeral home with a prayer service and sharing at 6pm. Visitation will continue from 9 am to the time of service at the funeral home on Friday.
James was born February 19, 1938 in Mayking, KY, the third eldest of ten children of Thomas and Lake (Kinser) Gaddis. He grew up in Kentucky and Cincinnati, OH. Jim enlisted in the US Air Force on October 1, 1958 and served in Spain, Italy, France, Greece, Thailand, and the US. He married Faye Billing of Minot in 1964. While in Spain, they had two children, Theresa (Tess) and Mark. In 1974 his family moved from Italy to Minot. James was honorably discharged as a Tech Sargent on February 28, 1978. Retired from the USAF, he went to work at Sweetheart Bakery and later Roto-Rooter. In 1979 they moved to Mandan where they purchased the Roto-Rooter franchise for the Bis-Man and Dickinson areas. He had since retired. Faye passed away January 1999. Jim was fortunate to meet his next love, Shari Bullinger in 2001 and they were married in 2003. This union brought him much joy and companionship. Jim could be quite the storyteller and enjoyed meeting new people. Over the years he raised pigeons, rabbits, and bees. He liked fishing, going to second hand stores, feeding birds and squirrels, taking baked goods to the soup kitchens, and spending time with his grandkids and he and Shari’s dogs.
He will be deeply missed by his wife, Shari Gaddis, Mandan; his daughter and son-in-law, Theresa (Tess) and Jeff Wolf; his son and daughter-in-law, Mark and Carol Gaddis, all of Bismarck; grandchildren, Melissa and Brad Evans, Sam Wolf, Tyler and Nathan Gaddis; one great grandchild, McKenzie; brothers, Bill and Tommy; sister, Linda; mother-in-law, Carol Bullinger (Darwin); sister-in-law, Nicole (Craig) Faul; and nephews Nicholas and Derek Faul.
Jim was preceded in death by his wife, Faye; his parents; three brothers; and three sisters.
To order memorial trees or send flowers to the family in memory of James Gaddis, please visit our flower store.