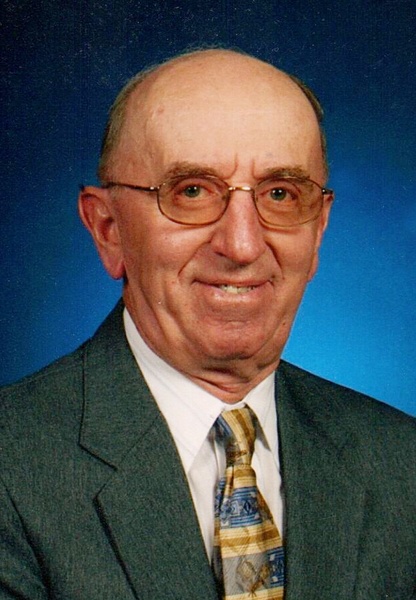 A funeral service will be held at 10 am on Thursday, November 3, 2016 at Mandan United Methodist Church with Reverend Bruce Adams officiating. Burial will be at Mandan Union Cemetery.

Visitation will be held from 4 to 8 pm on Wednesday, November 2, 2016 at Buehler Larson Funeral Home, Mandan, with a prayer service at 7 pm. Visitation will continue one hour prior to the service at the church on Thursday.

James was born June 22, 1939 in Bismarck to Charlie J. and Anna E. (Graham) Fisher. His family lived on a farm north of Mandan near Harmon. He attended country school through the eighth grade and graduated from Mandan High School. Jim continued farming on the home place until 1980. On August 3, 1979 he married Mary (Boehm) Spitzer. Hardworking and a farm/rancher at heart, Jim later worked at the Wachter Ranch and until retiring in 2014. Mary passed away in January 2001. On September 9, 2003 he married Josie (Miller) (Froelich) Mosbrucker and they made their home in Mandan. Jim enjoyed bowling. He and Josie liked to go dancing and to rodeos, especially the NFR in Las Vegas. They also enjoyed traveling to Branson, Disneyland, and other special trips. He was a member of the Eagles, Moose, and Elks Clubs.

Jim was preceded in death by his parents; his wife, Mary; step-daughter, Sheila Spitzer; sister, Dorothy Anderson; two brothers-in-law, Walter Anderson and James Booke; and one step-grandchild, Wade Balzar.
To order memorial trees or send flowers to the family in memory of James Fisher, please visit our flower store.