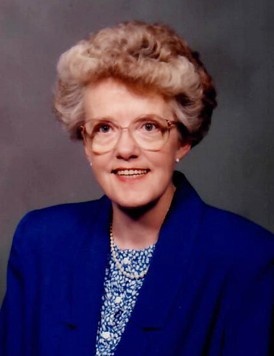 Jacqueline (Jackie) Jane Napper, age 75, died from cancer on June 28, 2021 at her home in Bismarck under the care of hospice.

A memorial service will be held at 11 AM on Friday, July 2, 2021 at St. George’s Episcopal Memorial Church, Bismarck, with the Rev. Canon Hal Weidman officiating.  Cremation has taken place and the family will greet friends one hour prior to the service at the church on Friday.  A luncheon will follow the service and committal will be at Mandan Union Cemetery.

Jackie was born May 1, 1946 in Greybull, WY, the oldest child of Jack and Bertha (House) Napper.  The family moved to Mandan in 1954 for the Standard Oil Refinery.  Jackie attended schools in Greybull and Casper, WY and graduated from Mandan High School in 1964 as a member of the National Honor Society. She attended college at UND, graduating in 1970 with a degree in Home Economics.  She worked briefly at Montgomery Wards waiting for her dream job.

In 1971, she moved to Miles City, MT to work for MDU in their Home Economics Dept. where she judged fairs, worked the Bucking Horse Sale, and traveled the state.  It was in Miles City where Jackie attended her first Cursillo and devoted her life to God.  In 1988, she returned to Bismarck and became an electricians assistant at the Service Department.

Jackie lived for many years with Joyce Rice, who had lost her husband.  Joyce was also her former boss! They kept busy trying numerous crafts and attending family affairs.  Joyce died in January of 2013.

Jackie was preceded in death by her parents; grandparents; and brother, Dennis Napper.

To order memorial trees or send flowers to the family in memory of Jacqueline "Jackie" Napper, please visit our flower store.
Open