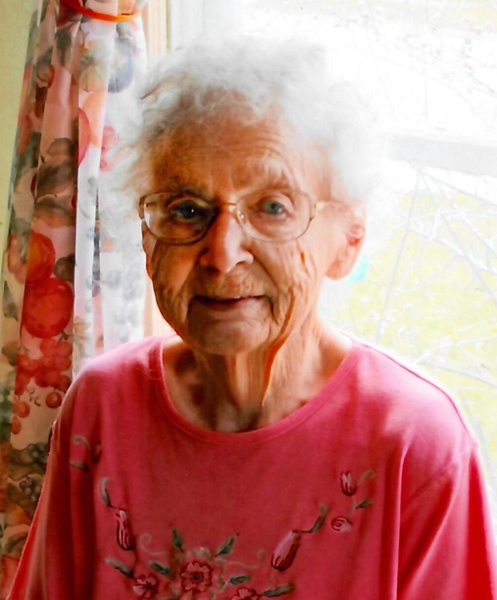 A private family service will be held at Buehler-Larson Funeral Home, Mandan, on Tuesday, June 9, 2020.  Burial will be at Peace Cemetery in new Salem.

Iris was born on March 28, 1929 and grew up north of New Salem on the family farm.  She knew what hard work was early in her life, helping her parents make a living from the land.  She met the love of her life, Gottlieb Joe Schneider, at the Caseloma in New Salem.  They were married on June 19, 1949 and started their life together on the Heid family farm.  Together they farmed, milked cows, drove school bus, and along the way they lovingly raised their three sons, David, Alan, and Gary.  As busy as they were, they always made time for family, neighbors, and friends and got together with them often.

After losing her husband in 1976, Iris moved into their house in New Salem.  There she enjoyed getting together with friends, playing cards, gardening, and traveling.  She worked at George’s Bakery in Mandan for many years and met many new friends there.  After her retirement she liked spending time on the porch visiting with passers-by, working in her flowerbeds, and taking care of her cat.  She also volunteered at Elm Crest Manor making greeting cards.

When her health declined, she moved to Elm Crest where she was made to feel at home and graciously cared for by the entire staff. Her family and friends visited her often and she always attended the music and entertainment in the “Great Room.”

Iris was preceded in death by her parents; her husband, Gottlieb; son, Alan Schneider; and brother, George (Louise Golde) Heid.

To order memorial trees or send flowers to the family in memory of Iris Schneider, please visit our flower store.
Open