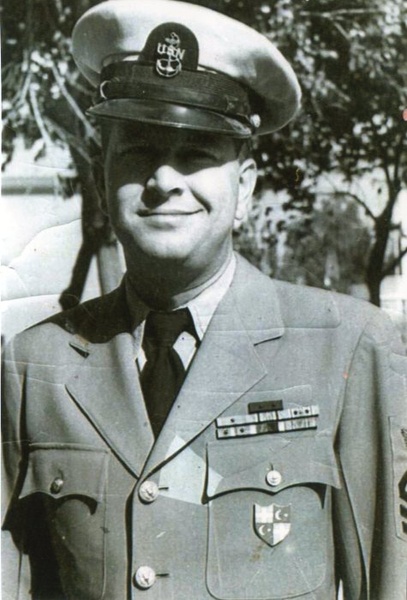 Visitation will be held one hour prior to the service at the church on Thursday.

Gordon was born March 15, 1920 and raised in Almont, North Dakota, the only son of Ed and Lucy (Seba) Templeton. He was their youngest child with six older sisters.

During his early years in Almont, Gordon played on the Almont Varsity Basketball team and was a Boy Scout…just one badge short of becoming Eagle Scout, as Almont did not have a pool for Gordon to earn the Swimming Badge. As a youth he was fascinated with airplanes and the accomplishments of Charles Lindberg.  After graduating from Almont High School, he attended North Dakota State University in Fargo enrolled in the School of Engineering. After his Freshman year, Gordon enlisted in the Navy and was sent to Great Lakes for training in 1939. Immediately following boot camp, he went to Norfolk, Virginia to sea in the USS Texas.  One year later he was given hospital training earning the rank Medical Corpsman. In 1941 he was sent to the Pacific for service in World War II on the USS Chandler, DMS-(Destroyer Mine Sweeper). During WWII Gordon earned the rank of Chief Petty Officer Hospital Medical Corpsman (CPO HMC) with 8 battle stars. He often remarked during WWII, he didn’t think he would live to see 25! He served the Navy for 20 years retiring in February 1959.

With a passion for airplanes since childhood, he became a licensed pilot in the 1950’s, flying single engine planes as a hobby. This hobby became a career upon retiring from the Navy. For over 20 years he was a commercial pilot, air taxi pilot, crop spraying pilot in the summers, single and multi engine inspector and A & E instructor.  Flying was not a job for him; as he was having the time of his life when flying.

Gordon and Doris lived in Judson, North Dakota and then moved to Lincoln, Nebraska in 1999.

Gordon was a lifelong Christian and read the entire Bible several times. He was a devoted husband to his wife, Doris Toepke (Dettmann) for 49 years who preceded him in death the day following their 49th anniversary.

Click to download / open
To order memorial trees or send flowers to the family in memory of Gordon Templeton, please visit our flower store.