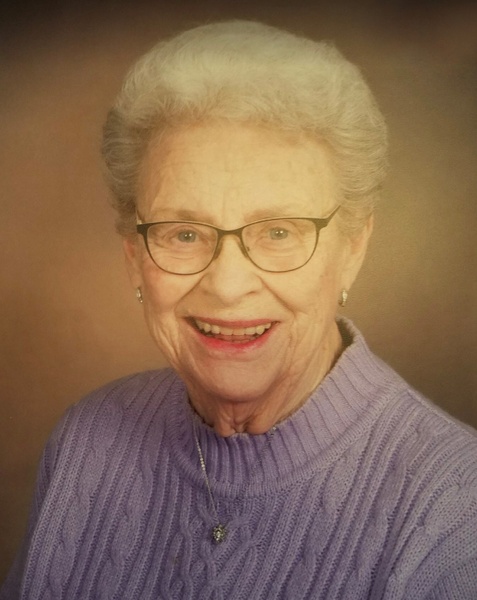 A graveside memorial service will be held at 11 am on Friday, September 4, 2020 at Elk Creek Cemetery, rural Wyndmere.

Geralene Eloise Maristuen was born June 9, 1931 in Benson County, ND, to Roland and Helen (Johnson) Maristuen. She grew up in Leeds, ND, and graduated from Leeds High School in 1949.

Gerri was united in marriage to John J. Violett in Leeds on July 28, 1952. They lived briefly in Leeds and then Camas, WA before settling in Wyndmere, ND in 1956 where they raised their two children. Gerri and John spent several winters in Mesa, AZ before John’s passing in October 2004. In August 2017, Gerri moved to Edgewood Vista Assisted Living in Mandan and in January 2020 to Elm Crest Manor in New Salem. She was a member of Wyndmere Lutheran Church.

To order memorial trees or send flowers to the family in memory of Geralene "Gerri" Violett, please visit our flower store.