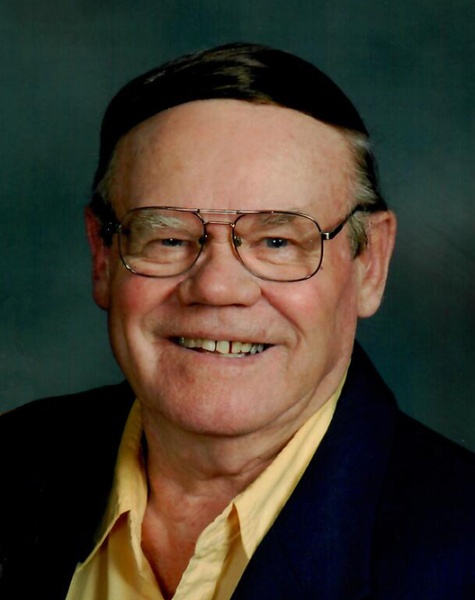 George J. Daniels, 83, of Mandan, North Dakota, died peacefully at Sunset Drive Nursing Home with his precious wife Connie by his side on August 31, 2021.

A gathering for the celebration of George’s life will be held on Thursday, September 9, 2021, from 10:00 AM – 1:30 PM at Buehler-Larson Funeral Home, 1701 Sunset Drive, Mandan, North Dakota. Burial will be held at the North Dakota Veterans Cemetery at 2:00 PM.

George was born August 10, 1938, in Pettibone North Dakota, to George and Mary Daniels.  They resided in Mandan, North Dakota, where George attended Mandan High School until he enlisted in the U.S. Navy in 1958.  George treasured the time he served and was very proud to have been able to serve his country.

After the Navy, George returned to Mandan where he married Carolyn Oss in August 1963, and together they had two children, Kenneth and Lynne.  They were married until Carolyn’s death in 1988.  George then met and fell in love with Connie Burghart in 1998 and they married in May 2000.  His family instantly grew from two children to seven children along with many grandchildren and great-grandchildren, although sometimes he had no idea how to handle all the “little people” in his life.  He would smile and then retreat into the house for “quiet time.”  He was saddened that he never got the opportunity to have met his other stepdaughter Corrine whom God had called home too early.

George worked for the North Dakota State Highway Department and retired after 25 years.  He chose to retire as soon as he could so he could enjoy his love of fishing, hunting, gardening, time spent outdoors and time with family.  He was also a true movie buff and could spend hours watching and recording old westerns, war-movies, and yes even some comedies and dramas. He had a strong passion for music and enjoyed singing as often as he could, and we are sure he has found a place in God’s choir.

To order memorial trees or send flowers to the family in memory of George Daniels, please visit our flower store.
Open