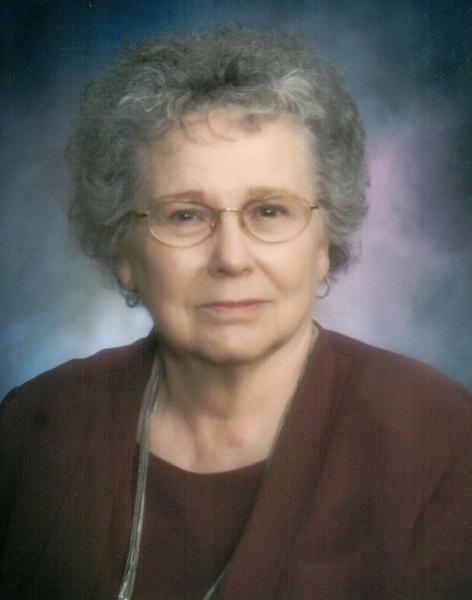 Marilyn "Gaye" Anfinson, 85, Bismarck, died March 1, 2017 at Missouri Slope Lutheran Care Center, Bismarck, with her family by her side.

A funeral service will be held at 10 am on Monday, March 6, 2017 at Buehler-Larson Funeral Home, Mandan. Burial will be at the North Dakota Veterans Cemetery.

Visitation will be held from 5 to 7 pm on Sunday, March 5, 2017 at Buehler-Larson Funeral Home, Mandan, and continue one hour prior to the service at the funeral home on Monday.

Marilyn "Gaye" was born February 27, 1932 in Haynes, ND, the daughter of Wayne and Thelsa (Bundridge) Hasche. She attended grade school in Fargo and later graduated from Hettinger High School in 1950. As a high school sophomore she began dating Eugene "Gene" Anfinson and they were married on June 14, 1954. Gaye attended Beauty School in Fargo and worked for a short time. Ultimately, she loved her job as a domestic engineer. Together they lived in California for one year before Gene enlisted in the US Navy which took them to Bremerton, Washington. While in Bremerton, Gaye learned her famous pizza recipe from a neighbor. After Gene was discharged the family moved several times with his career with MDU, living in Rapid City, SD, Glendive, MT, Jamestown, ND, and finally made their home in Bismarck. As the kids got older the family enjoyed traveling together and treasured their time each summer at Detroit Lakes.

Gaye learned to crochet and embroider from her Grandmother, a hobby she enjoyed all of her life and her family treasured the afghans she made for them throughout the years. A dedicated wife, mother, grandmother, and great grandmother, Gaye never missed a gift giving opportunity and loved her shopping trips. Her favorite time of year was Christmas season and she loved to decorate and be with family. After Gene retired in 1992 they enjoyed frequent trips to Prairie Knights Casino with friends and family for gambling and concerts. Gaye and Gene were married for 62 years until Gene died on July 5, 2016. Gaye was loved by all those who knew her and she will be greatly missed.