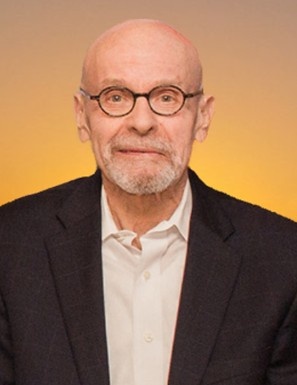 A funeral service will be held at 11 AM on Monday, June 15, 2020 at Buehler-Larson Funeral Home, Mandan, with Rev. Christina Martin officiating.  Burial will be at the North Dakota Veterans Cemetery with full military honors.

Gary was born on July 12, 1944 to Selmer “Sam” and Grace (Newman) Larson.  Raised and educated in Minot, he graduated from Minot High School in 1962.  Gary attended Minot State College and was studying at the Wisconsin Institute of Mortuary Science when he volunteered for the draft.  He was inducted into the US Army on April 13, 1967 and arrived in Vietnam in September of that year.  He was first assigned to the 1st Infantry Division as a clerk, but later, during the Tet Offensive, was reassigned to the mortuary.  After 15 months, he extended his tour to immediately get out of the Army when he returned home.  Gary Larson left Vietnam, but Vietnam never left him.  He was forever changed because of his time in Saigon but said he’d do it all over again, because he helped grieving families back in the US to get closure.

On Jan. 4, 1971, Gary married Patricia Tonkin in Minneapolis.  They moved to Neenah, WI and later to Chicago, IL where Gary finished mortuary school.  In 1979, they moved to Mandan where Gary worked for Buehler Funeral Home.  In 1989, Gary and Pat purchased the funeral home from Warren Buehler and they worked side by side for the next 25 years.  Gary was a sharp dressed man with a quiet and gentle demeanor.  He helped countless families say farewell to their loved ones with the utmost care and dignity.  He took great pride in his work and was dedicated to the families of the communities he served.  Gary made many friends and connections through his years of funeral service.  They sold the funeral home and retired in 2014.

Although their free time was limited with the work they did, Gary and Pat enjoyed numerous trips to Mexico as well as a memorable trip to China.  They were season ticket holders to the Minnesota Vikings for many years and loved spending time at their cabin in Pick City on Lake Sakakawea.  Gary was a huge Minnesota Twins fan, always had a news channel on the TV, and loved feeding the birds and dreaming about woodworking projects.  He was a catalog shopping addict and enjoyed getting new gadgets and tools.  He had an impressively full closet and a hat and shoe collection that anyone would love to have if it wasn’t for his incredibly long arms and narrow feet that made him a unique size.  Gary was a storyteller second to none and if he chose to share his stories with you, it was generally the moment you realized you wanted him in your life.  He was an introvert but once you got to know him he would share anything he had to offer.  Generous and giving, Gary usually had a $20 bill in his pocket for kids who helped him with things around the yard or funeral home and was the kind of guy who always had candy in his pocket to share.  Gary and Pat always had dogs in their home and any pup who was blessed to live with them was loved and spoiled to no end.  Pat passed away in 2016 and Gary’s loyal pets gave him much love and companionship to his final day.

Gary is survived by his sister, Vivian (Rob) King, Bismarck; brother-in-law, Bernie (Eloise) Pellenwessell, Minot; mother-in-law, Edna Tonkin, Roseville, MN; special sister-in-law, Penny (Andrew) Hoffman, Roseville, MN; brothers-in-law, Ross (Sue) Tonkin, Phoenix, AZ, Jeff Tonkin, Roseville, MN, and Jon (Debbie) Tonkin, Bloomington, MN; and many nieces, nephews, and great-nieces and great-nephews.  Blessed to have shared in his life is a former employee and her family who became family to Gary and took care of him until his last breath.  Jessie and Bill Hilfer and their boys, Kaden, Ryan, and Liam, who loved “Uncle Gary” and visited him often making sure he had all the comforts he wanted as well as a great stash of munchies, ice cream, and cookies.  Also funeral home handyman and dear friend, James (Sue) Allmer who showed selfless dedication and willingness to help Gary with anything he needed without ever wanting anything in return.  And finally, his beloved dogs, lap warmers, crumb eaters, and home security alarms, Trooper and Lacie.

Gary was preceded in death by his wife of 45 years, Patricia “Pat” Larson; his parents; sister, Jeanette Pellenwessel; brother, Rich (Mardi) Larson; father-in-law, Robert Tonkin; and nieces, Mary (King) Fiechtner and Lori Rae Larson.  Gary was greeted in Heaven by numerous dogs who he’d cared for until their last day.

Since his passing many have said “Gary was one of the good ones.”  Your work here is done my friend, may the work you have done speak for you.

To order memorial trees or send flowers to the family in memory of Gary Larson, please visit our flower store.
Open