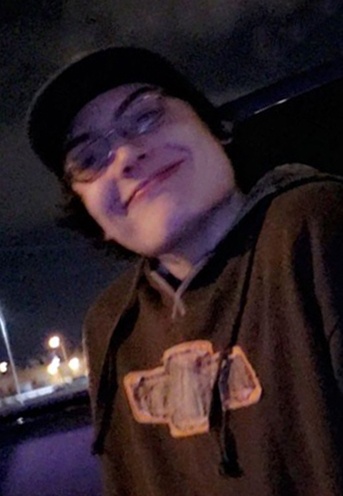 A funeral service will be held at a later date.

Garrett was born May 1, 2000 in Denver, CO to Gary Butler and Erika Johannes.  Garrett was lucky to have an older brother, Dylan, who always looked out for him.  They were best friends.  Garrett attended school in Mandan and was working for Cullin Insulation.  Garrett was quiet and shy until he got to know you and then he was the most fun and greatest friend you could ask for.  Rarely seen without a hoodie, his mischievous smile could light up a room and he could always make people laugh.  Garrett was very level headed and easy to be around.  He never complained and could find the good in every situation.  Garrett loved working on vehicles with his buddies, who were nicknamed the “Goon Squad”, and they spent countless hours working on projects together.  Numerous road trips were made to pick up a vehicle Garrett had found and wanted to fix up.  He was currently working on his 2000 GMC Sierra, nicknamed “the Gumps.”  He also referred to his truck as “Apollyon” meaning the destroyer or the bottomless pit.  He liked off roading and cruising Main with friends.

Blessed to have shared in his life are his parents, Erika Johannes and Gary Butler, both of Mandan; his brother, Dylan Butler and his daughter, Brilynn; grandparents, Gary Sr. and Alice Butler and Joe Johannes; and his other “brothers” and best friends, the Goon Squad.

Garrett was preceded in death by his grandma, Joan Johannes.

It’s gonna take some time to figure out how to do this without you Garrett, but we’ll get there.  Raise hell up in heaven for us buddy, we’re taking care of it down here.

Garrett helped the lives of multiple people through the gift of organ donation.

To order memorial trees or send flowers to the family in memory of Garrett Butler, please visit our flower store.