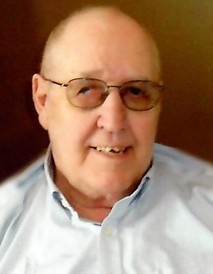 A funeral service will be held at 10:30 AM on Wednesday, August 28, 2019 at First Lutheran Church, Mandan, with Rev. Gene Anderson officiating.  Burial will be at Mandan Union Cemetery.

Visitation will be held from 4 to 8 PM on Tuesday, August 27, 2019 at Buehler-Larson Funeral Home, Mandan, with a prayer service at 7 PM.  Visitation will continue one hour prior to the funeral at the church on Wednesday.

Eugene was born January 25, 1932, one of five children to Christ and Felicia (Klein) Boehm.  He was raised and educated in Mandan, graduating from Mandan High School in 1951.  His love of sports started at a young age.  He loved swimming and lettered in basketball.

On June 14, 1952 Eugene married the love of his life, Marlys Ims.  Together they made their home in Mandan.  Eugene and Marlys both worked at Purity Dairy until starting their family.  Eugene continued working there for 45 years as it later became Foremost and later Cass Clay Creamery.  He won several safe driving awards and was often part of the entertainment at the company Christmas parties.

Eugene had a love for cars, often bringing home a fixer upper to repair and re-sell.  As an avid sports enthusiast, he loved watching his Minnesota Vikings, Twins, and Timberwolves and was often surrounded by his family cheering them on with him.  He enjoyed hunting with his brothers and friends in his earlier years and many camping and fishing trips with his family.  Eugene enjoyed a competitive game of Pinochle or 1500 Gin Rummy and trips to the casino.

Eugene was a man of faith and a loving husband, father, grandfather, and great-grandfather.  He was very proud of his six daughters and always found time to play games with them, taught them all to swim, and was often found with his daughters at the neighborhood field playing kickball or softball.  He was a kind, gentle natured man who was loved by all who knew him.  He always had a good joke to tell which brought many laughs around the dinner table.  He was a hard worker and always found a way to take his family on a summer vacation.  Eugene thoroughly enjoyed his grandchildren and great grandchildren and loved attending their sporting events and spending time with all of them.  He was most happy when surrounded by his family.

In 2015 Eugene entered St. Gabriel’s Community in Bismarck as his health declined.  He was loved by all the staff and lovingly called Mr. Viking.

Eugene was preceded in death by his wife in 2004; his parents; two brothers, James and Lloyd Boehm; one sister, Elizabeth Upham; two sisters-in-law Shirley Boehm and Beverly Froelick; and one brother-in-law, Lee Upham.

To order memorial trees or send flowers to the family in memory of Eugene Boehm, please visit our flower store.
Open