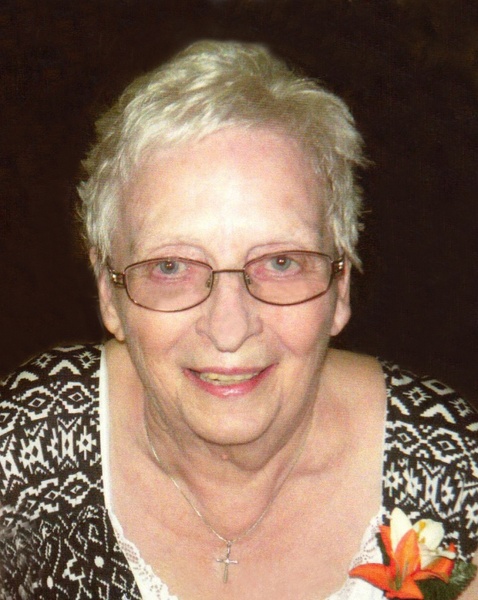 Esther Yantzer, 84, of Mandan, died peacefully Thursday, January 4, 2018, at her home at Sunset Drive – A Prospera Community with family by her side.

Mass of Christian burial will be held at 10:30 AM on Tuesday, January 9, 2018, at St. Joseph Catholic Church, Mandan, with Rev. Shane Campbell celebrating.  Burial will be at Mandan Union Cemetery.

Esther was born June 21, 1933, in Judson, ND to Joseph and Rose (Gratz) Kautzman. She was raised on the family farm north of Judson and attended rural schools in the area. She married Raymond Yantzer on June 21, 1954. In her early married life, Esther was a stay-at-home mom. Later, she provided in-home day care, waitressing at the Moose Club in Mandan and worked at the Mandan Golden Age Center. Esther’s greatest joy was cooking German meals for her family. She also enjoyed camping, gardening, and having coffee with her twelfth street friends.

She was preceded in death by her husband; her grandson Eric Hulm; her parents; sisters-in-law Delores, Frances, and Veronica Kautzman; brothers-in-law Pete Mosbrucker, John and Ray Berger, and Henry Yantzer.

Click to download / open
To order memorial trees or send flowers to the family in memory of Esther Yantzer, please visit our flower store.