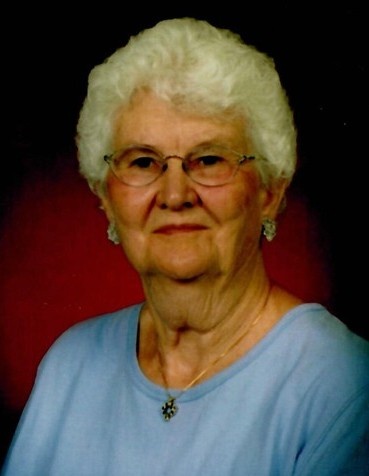 Esther Wenger of Mandan passed away on April 23, 2020, the morning of her 90th birthday at Prospera Community on Sunset Drive, Mandan.­­

Cremation has taken place and a memorial service will be held at 2 PM on Friday, June 19, 2020 at St. Joseph Catholic Church, Mandan with burial at Mandan Union Cemetery.

Esther Chyles was born April 23, 1930 to Bill and Ann (Dvoracek) Chyles in Mandan.  She grew up on the farm south of Mandan and went to country school through the eighth grade.  At a very young age Esther began working as a cook at Vi’s Café.  She worked as a cook for many years including at the Mandan Elks Club and later for Mandan Public Schools.

On January 29, 1949 she married the love of her life, Edward Wenger.  They made their home in Mandan where they shared 51 years together and raised their family.  Esther and Edward loved to dance and go on fishing trips.  She was known for having a huge garden and loved to can her produce.  Her favorite times were spent with family, especially at the family picnics.

To order memorial trees or send flowers to the family in memory of Esther Wenger, please visit our flower store.
Open