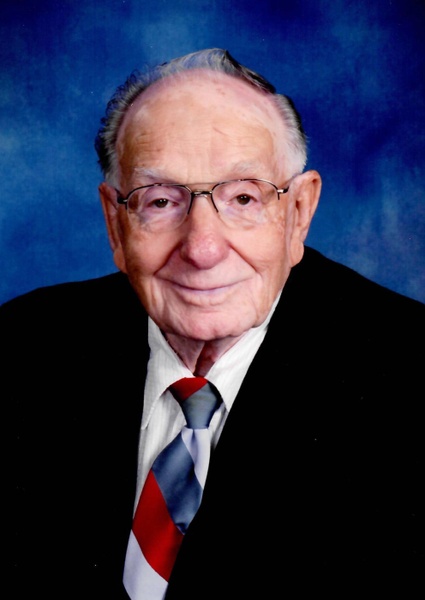 Edwin Rudolf Kruckenberg, 95, Mandan, passed away Thursday, December 3, 2020 at Sanford Health in Bismarck.  A private family service by invitation will be held.

Ed was born June 1, 1925 in Krem, ND to Frederick and Katherine (Horning) Kruckenberg.  He attended school through the eighth grade.  Ed then joined the US Army where he fought in the Korean War where he received the Korean Service Medal and Bronze Star in which he was deservedly so proud of.

In 1946 he married Hulda Hintz until the time of her passing in 1949.  To this union their son, Arvid was born.  During that time Ed was very proud of the four years he spent working to construct the Garrison Dam.  He then went to work for Dan Dugan driving truck for over 28 years belonging to the Million Mile Club!

In 1954 he met Bernice Zoller and together they had a son, Kevin and a daughter, Kayleene.  One month short of their 50 th wedding anniversary Bernice passed away after a lengthy battle with cancer on December 23, 2003.

Early when the family was growing up, dad loved to camp, fish and deer hunt, even traveling several times to Canada to fish and to Wyoming to deer hunt.

Mom and dad were very good dancers and Ed continued to dance up until the age of 95.  They enjoyed traveling to South Dakota, Hazen, or wherever they could find good old-time polka music.  He also loved to play Bingo at the AmVets, even winning the Big Pot in 2019!

Dad loved to talk.  He always had time to visit with anybody.  Many people said that dad never met a stranger.

Dad was preceded in death by his loving wife, Bernice; his parents, Fred and Katherine; sisters, Freida and Erna; and brothers, Wilmer and Melvin.

In lieu of flowers the family request donation to the North Dakota Veteran’s Cemetery.

To order memorial trees or send flowers to the family in memory of Edwin Kruckenberg, please visit our flower store.
Open