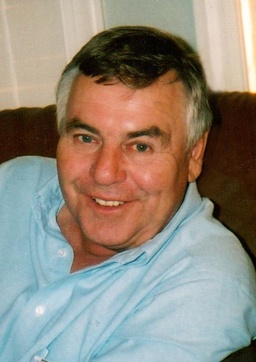 A funeral service will be held at 10:30 am on Wednesday, May 10, 2017 at First Lutheran Church, Mandan, with Reverend Lee Herberg officiating. Burial will be at Mandan Union Cemetery.

Visitation will be held from 5 to 8 pm on Tuesday, May 9, 2017 at Buehler-Larson Funeral Home, Mandan, with a prayer service at 7 pm. Visitation will continue one hour prior to the service at the church on Wednesday.

Don was born May 1, 1942 in Elgin, ND to Albert and Elizabeth (Mocko) Ulrich. He was raised on the family farm and attended country schools. In 1965 he married Shirley Lundstrom and together they had three sons. They made their home in the Bismarck/Mandan area where Don had various jobs as a diesel mechanic. He was very gifted in this area and spent a lot of time sharing his knowledge.

In 1987 Don married Virginia "Jeannie" Johner. In 1992 they moved north of Mandan along the Square Butte Creek. Don and Jeannie developed and landscaped this piece of property in their spare time and planted large gardens each summer. They lived there until the flood of 2011, and with heavy hearts, they decided to move back to Mandan.

Don had many talents including woodworking and carpentry. He had the ability to build almost anything. His most outstanding characteristic, however, was his love for family and friends. He loved to visit with everyone. He would do anything for anybody. Don was the "go to guy" for any type of advice as he was a "Jack of all Trades". He loved to spend his evenings watching TV and petting Ebony, a recently acquired rescue dog from Central Dakota Humane Society.

Don was preceded in death by his parents; his half-brothers, Lee Jueth and George Ulrich; half-sisters, Agnes Balliet and Betty Mann; his brother, Curtis Ulrich, his sister in law Marlene Johner Howard and brother in law Mike Johner.

In lieu of flowers, the family prefers memorials to the Central Dakota Humane Society. Donald's Memorial Folder
To order memorial trees or send flowers to the family in memory of Donald Ulrich, please visit our flower store.