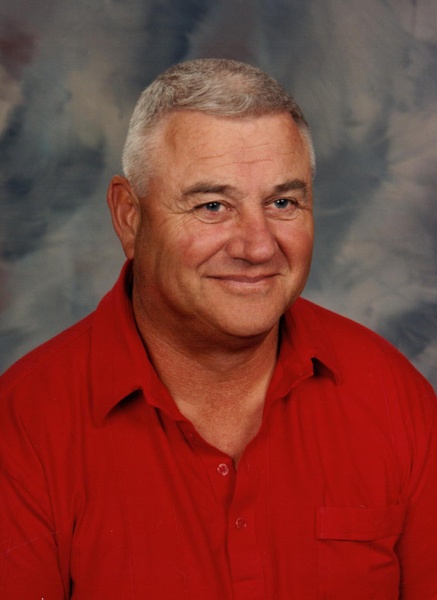 A funeral service will be held at 10 AM on Thursday, September 20, 2018, at First Lutheran Church, Mandan, with Pastors Lee Herberg and Christina Martin officiating.  At Don’s request, please wear your favorite sports team gear to the funeral service.  Burial will be at Mandan Union Cemetery.

Visitation will be held from 4 to 6:30 PM on Wednesday, September 19, 2018, at Buehler-Larson Funeral Home, Mandan, and will continue with a prayer service beginning at 7:30 PM at First Lutheran Church, Mandan.  Due to Wednesday evening church services, please do not arrive at the church before 7 PM.

Don was born March 10, 1942, in Sherwood, ND, to Glenn and Ethel (Lund) Hanson.  He graduated from Sherwood High School in 1960 and attended Minot State University on a baseball scholarship.  He graduated with a teaching degree in 1964.  On July 19, 1963, Don married Joan Beckedahl in Sherwood.  From 1964-67 Don taught and was the basketball coach at New Salem High School.  He moved his family to Mandan in 1967, and Don taught math for 29 years at Mandan High School.  He became the Braves basketball coach in 1974 and led them for 13 seasons, winning a state championship in 1981.  He gave up coaching after the 1986-87 season and retired from teaching in 1996. Don wrote and produced “The Hoopster” and “Miss Hoopster”, a boys and girls basketball preview book, since 1983.  He was also a professional baseball scout for numerous teams, most currently the Minnesota Twins.  Don also enjoyed officiating high school football for many years.  He shared his love for sports and the outdoors with his grandchildren who he was so proud of and loved beyond measure.  Don was an active member of First Lutheran Church in Mandan, a member and past Master of the Mason Lodge 8, a member of the Elks Club and Mandan Eagles, and was a lifetime member of the North Dakota Coaches Association.

Don was preceded in death by his parents; infant son, Terry; and son-in-law, Brad Rasmusson.

In lieu of flowers, memorials are preferred to the Mandan Baseball Club (for the Veterans Memorial Ballpark Renovation) in memory of Don Hanson or a charity of your choice.

To order memorial trees or send flowers to the family in memory of Donald Hanson, please visit our flower store.
Open