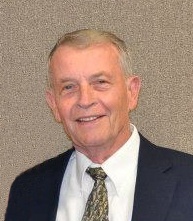 A funeral service will be held at 10:00 am on Monday, December 19, 2016 at St. Paul Lutheran Church, Center, ND with Reverend Dennis Ristvedt officiating. Burial will be at St. Martins Cemetery in Center.

Visitation will be held on Sunday, December 18, 2016 from 2 to 4 pm at Buehler-Larson Funeral Home, Mandan, with a prayer service at 4 pm. Visitation will continue one hour prior to the service at the church on Monday.

Don was born September 17, 1933 in Hazen, the youngest son to Christ and Mabel (Vogel) Albers. He graduated from Lincoln High School #18 in 1950. He attended college, and when his mother retired from being one of the first women Rural Mail Carriers in the state, Don wrote the Civil Service Exam and was awarded the only Rural Route in Oliver County.

On June 20, 1957 Don married Cecelia Staigle and they were blessed with five children.

Don was elected to the Lincoln School District School Board and worked many hours with other Board members to increase the size of the School District, which is now known as the Center School District. During his 15 years of service, new school buildings replace the old Lincoln High School and the Quonset that served as the gym. In 1985 he was elected to the Oliver County Commission, serving for 16 years, most of those years as Chairman.

As a County Commissioner, he received the Excellence in County Government award by the ND Association of County Government's. He served on the ND Coal Commission Association and was recognized for the tenacity and persistence he gave to coal issues. A statement from the Coal Conversion Counties stated, "Against many odds and disappointments, Don remained firm in his resolve to forward the work of CCC." Don brought forth a legislative bill called "The Tipple Bill" that brought back thousands of dollars to Oliver County by changing the funding formula.

As a rural mail carrier, Don served on that Board and as President of the ND Rural Carrier's. He retired as a Rural Carrier after 34 years. During the last few years, he served as a facilitator in the Quality of Work-Life Employee/Employer's Relations Joint Steering Committee. He received many awards which include: Creditable Federal Service and Safety Award, Outstanding Mail Carrier by the National Carriers for Unusual and Outstanding Service, and the Million Mile Award for not having an accident. He was also a director and past President of the Local and State Rural Letter Carrier's Association.

Don also served as a 4-H Leader, Community Club Secretary, Charter of the Lion's and Golf Club's, Dental board member, Missouri River Adjacent Owners Board, and on the Cross Ranch State Park Committee. In 2008, he received the ND Chamber of Commerce Community Leadership Award and was awarded a Volunteer Award by the Community Club.

Don enjoyed restoring old cars and was very proud of his 1953 Cadillac Convertible.

Don joins his daughter, Carla Anderson and her son, Alex in eternity along with his parents; his brothers, Gordon and Ramon; and sister, Joyce Rolfe. To order memorial trees or send flowers to the family in memory of Donald Albers, please visit our flower store.