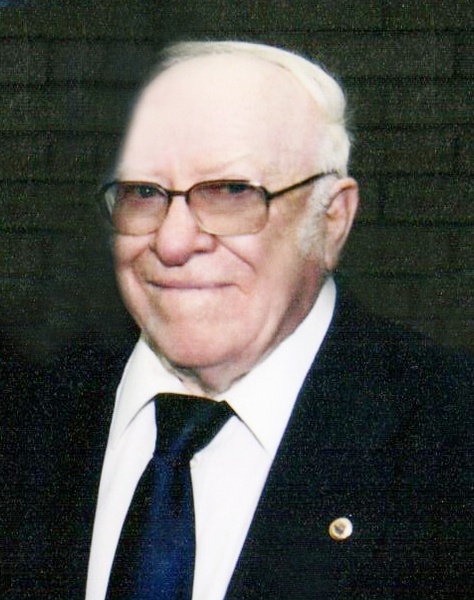 A funeral service will be held at 1 pm on Tuesday, February 21, 2017 at Zion Lutheran Church, New Salem, with Reverend Russell Fitch officiating. Burial will be in the spring at Zion Cemetery.

Visitation will be held from 2 to 3 pm on Monday, February 20, 2017 at Marian Manor and from 5 to 8 pm at Zion Lutheran Church, New Salem. Visitation will continue one hour prior to the service at the church on Tuesday.

Dick was born November 23, 1922 in Hannover to William F. and Lena (Kemmesat) Henke. In February 1945, Dick enlisted in the US Army and was honorably discharged in January 1946. He was called back to duty and later discharged in June 1947. On June 4, 1953 he married Lorraine Hoesel at Peace Church and they made their home in New Salem. Dick worked for the Loehrke Brothers, Youngtown Creamery, New Salem Farmer's Elevator, and also delivered papers in New Salem for many years. He was a member of Zion Lutheran Church and the American Legion where he served as President from 87-88 and also as Chaplain. Dick was a member of the Sportsman's Club and the ND Possee. Generous and giving of his time, Dick was also a volunteer fireman, and served 14 years on the Park Board, never wanting a paycheck. Dick enjoyed movies, horseshoes, baseball, fishing with family, and playing cards, especially pinochle. In 2010 Dick was honored to be a part of the National Honor Flight. Dick's Memorial Folder
To order memorial trees or send flowers to the family in memory of Dick Henke, please visit our flower store.