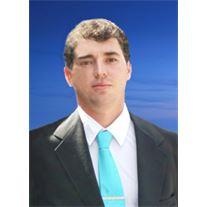 Coy Richard Sorenson, 21, passed away on Saturday, July 26, 2014 in Beulah, ND.
Private family services will be held and burial will take place in Mississippi.
He was born in Hazen, ND on February 7, 1993. Coy lived in Beulah for the first couple years of his life and then moved to Sheridan, WY where he attended elementary and Jr. High School. He also attended school in Gillette, WY, Ada, OK, and Libby, MT. Coy then moved to Kosciusko, Mississippi where he graduated from high school in 2011. He was a valuable member of the baseball team as a star pitcher, #20. He earned the title for the Division 4 Baseball Pitcher of the Year. He had aspirations of playing in the majors and tried out for the Atlanta Braves MLB.
Coy was attending college at Mississippi State University with a 4.0 GPA, toward earning a civil engineering degree. He was in the Dean’s List during his college attendance. He worked as an apprentice engineer in the Bakken Oil Field stationed in Watford City, ND for the last three summers. Coy enjoyed playing baseball, fishing, hunting, snowboarding, golfing, and spending quality time with his family and friends. He was known to be respectable, intelligent, funny, and talented. Coy had many friends.
He is survived by his father, Scott Sorenson and his wife, Karen, Gillette, WY; his mother, Lauri Bell, Pensacola, FL; paternal grandparents, Richard and Dora Sorenson, Beulah, ND; maternal grandparents, Dennis and Dianne Forsyth, Prince George, British Columbia and Janice and George Hawckey, Mississippi; three brothers, Kyle Sorenson, Rochester, MN, and Gage Sorenson and Garrett Bell, both of Pensacola, FL; one sister, Tyaunna (Sorenson) Hickey and her husband, James, Parker, CO; four step siblings, Isaac, Cathryn, Jacob, and Lorren Bell; aunts and uncles, Sherrill and Rick Mann, Beulah, ND, Russell and Carrie Sorenson, Bismarck, ND, Denise Vonderheidt, Mississippi; and Danny Forsyth, FL; and many cousins, nieces, and nephews.
Coy was preceded in death by his uncle, Mathew Forsyth.
Arrangements by Barbot Seibel Funeral Home, Beulah, ND and Buehler-Larson Funeral Home, Mandan, ND.
Please go to www.buehlerlarson.com to share memories of Coy.
To order memorial trees or send flowers to the family in memory of Coy Sorenson, please visit our flower store.