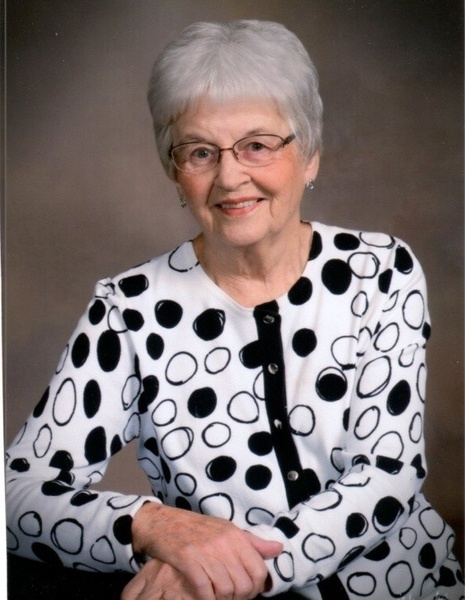 A memorial and committal service will be held at 11 AM on Tuesday, July 5, 2022, at the North Dakota Veterans Cemetery.  The service will be live-streamed on the Buehler-Larson Funeral Home website under Clara's obituary.

Clara was born January 27, 1925, in Dickinson to Anton and Johanna (Goetz) Kautzmann.  She was raised on a farm near St. Vincent’s Church west of Mandan and graduated from Mandan High School in 1942.  On December 14, 1943, Clara married Russel Kruger at his parents’ home in Bismarck and they moved to Louisiana where he completed military training.  On May 5, 1944, Russel was shipped to England during WWII and was killed in action in Normandy, France on June 15, 1944.  Clara returned home to Mandan where she welcomed their son, Russel “Rusty”, on January 6, 1945.  Clara worked at First National Bank and offices of Drs.’s Hetzler, Nickerson, and Wheeler in Mandan.  She married Richard (Dick) Lubke on January 22, 1947, and welcomed two sons, Richard “Rick” in 1949 and Robert “Bob” in 1953.  They made their home in Mandan, and in 1965 moved to Boone, Iowa. In 1972 they moved to Pipestone, Minnesota. Dick retired in 1982 and they moved back to Mandan in 1985. Clara worked as Deputy Clerk of Court for Pipestone County and Morton County.  In her later years she enjoyed being a bailiff for Morton County.  Dick passed January 8, 2007.

Sister-in-law, Delores Kautzmann and several nieces and nephews who adored her.

We love you Mom – see ya later!

To order memorial trees or send flowers to the family in memory of Clara Lubke, please visit our flower store.