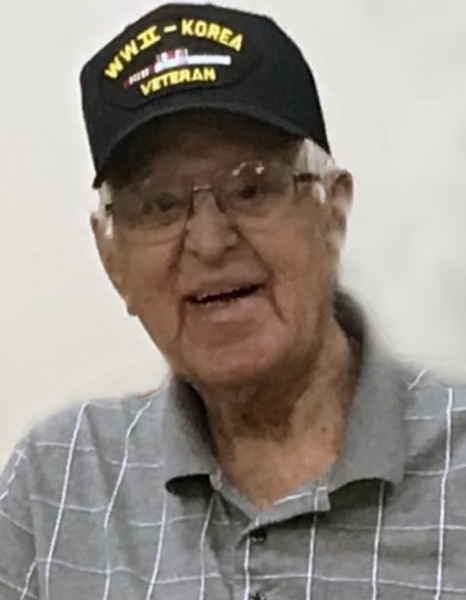 A private funeral service will be held at First Presbyterian Church, Mandan, with Rev. Deanna Reikow officiating.  Burial will be at the ND Veterans Cemetery.

Boyd was born February 16, 1928 in Cloquet, MN to Harlan and Margaret (Cartwright) Gilchrist.  At age 16, Boyd left high school and enlisted in the US Navy.  He served as a pipefitter in WWII and the Korean War aboard the USS Delta AR-9.  He was honorably discharged in 1953 and began working in Mandan as a pipefitter with the Local 300.  He later worked as the Mechanical Superintendent for major mechanical companies around the US.  He met Lorraine Dockter in Minnesota and they were married on October 5, 1949 in Maryland where Boyd was based.  In 1957 they moved to Mandan where they made their home and raised their family.  Boyd held a license to pilot a single engine airplane and loved golfing.  He was an active member of the Mandan Masons, Indian Shriners, a lifetime member of the American Legion, and was a Deacon and Elder at First Presbyterian Church of Mandan.  Last October, he and Lorraine celebrated 70 years of marriage.  Lorraine passed away in December 2019.

A special thank you to Edgewood Mandan for their wonderful care of Boyd.

In lieu of flowers memorials are preferred to First Presbyterian Church of Mandan.

To order memorial trees or send flowers to the family in memory of Boyd Gilchrist, please visit our flower store.
Open