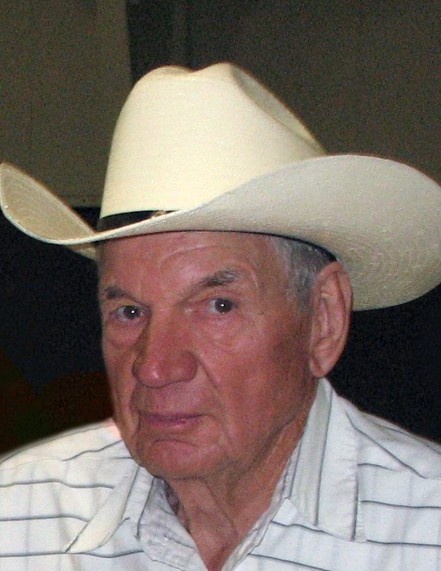 Bill Clifford Etherington, 89, died January 14, 2021 at his home in Jamestown, ND after many years of living with dementia.  He was surrounded by his family and loving wife.

Mass of Christian burial will be held at 11 AM on Thursday, January 21, 2021 at St. Martin’s Catholic Church, Center, with Fr. John Guthrie celebrating.  Burial will be at the North Dakota Veterans Cemetery, Mandan.

In lieu of a viewing, the family invites you to participate in prayer 30 minutes prior to the Mass.

Bill was born in Sanger, ND on Christmas Eve 1931 to Frank and Ruth (Hickle) Etherington.  He worked on his uncle Ralph Hickle’s farm for many years as a boy.  In 1950 Bill enlisted in the US Army and was assigned to the 82nd Airborne Division at Fort Bragg, NC.

Bill made multiple jumps in airborne training, but never jumped again after he was assigned to the headquarters section because they learned that Bill “could drive anything on wheels”.  On the eve of his deployment to the Korean War, the troop movement was called off after an armistice was reached.  Bill was honorably discharged and returned to work on his uncles farm near Center.

In 1956 he married Bernice Zahn at St. Martin of Tours parish in Center, ND.  They were married 64 years.  The story of how the two met was told fondly by Bill—if not always appreciated by his wife.  Bill was driving through Center when he spotted Bernice alongside the road wearing white.  Undeterred, he turned around to intentionally splash mud onto her white outfit and gain the excuse to talk to her.  Bill always had a story to tell and a way of telling it that captured a room and entertained those of all ages.

Bill converted to Catholicism and was baptized William—since his given name of Bill was not considered a Saint’s name—prior to his marriage.  Bill remained a member of St. Martin parish for over 60 years.  He was also a lifetime member of the Knights of Columbus.  Bill and Bernice were blessed with five children —Timothy, Lucinda, Clifford, Anthony, and Rosalie.

In 1975, Bill left the farm and built a home outside Center.  He joined BNI Coal Mine and worked there for 23 years as a welder and scraper operator, retiring in November of 1998.

After starting work at the coal mine Bill found he had too much idle time, so he built a shop onto his house and worked on diesel engines for area farmers.  He also started gardening, which became his passion and hobby.  He would often bring Bernice flowers gathered from the garden and surrounding prairie.

Bill and his son, Tim, also restored a Model-T Ford truck which was bought decades prior as father-son dream project. The truck was completed and included in the Old Settler’s Day parade in 2016.

A special thanks to his grandchildren, John and Anne, for helping with his care over the years and as well as the home healthcare and hospice-care workers.

In lieu of flowers, donations may be sent to the Alzheimer’s Association.

To order memorial trees or send flowers to the family in memory of Bill Etherington, please visit our flower store.
Open