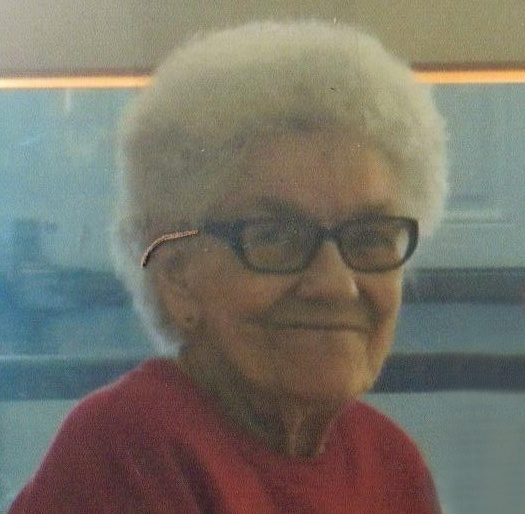 Arleen Bornhoeft, 85, Mandan, formerly of Flasher, died July 20, 2017, at her home. A private family service will be held.

Arleen married Grant Nelson on December 11, 1948, and they had three daughters: Mavis, Janice, and Susan. The marriage ended in 1962. In the late 60’s, Arleen was briefly married to Ed Bornhoeft.

As a young girl, Arleen’s best friend was her horse, Sunshine. They spent hours together herding sheep. On one afternoon, Arleen was bit by a rattlesnake and Sunshine safely got her home. Arleen’s grandfather, George Gifford saved her life. He cut two cuts at the bite site, sucked out the venom, packed the wound with baking soda, and then took her to the doctor. Her Grandpa George was her hero and so close to her as she was his first grandchild.

Through the years, Arleen worked as a waitress and a clerk at Tempo in Bismarck. She also took care of elderly in her home. She took care of her mom, Iola, for many years in Flasher.

Dear to her heart were the hours she spent fishing with her dad, Franklin. Arleen was an excellent seamstress. She sewed dresses for her daughters when they were young and made quilts (each grandchild got a quilt one Christmas) and took in patching for people in the Flasher area.

Arleen loved to play 500 Rummy. It was her favorite card game. She loved the challenge and giving a good “whippen” to any opponent, meaning she won. She taught some of the great grandkids how to play 500 Rummy and a month ago played with three opponents and won!

Christmas Eve will never be the same. For as long as Mavis, Janice, and Susan have been celebrating Christmas Eve, it was with Arleen’s family. Santa found the girls on that Gifford Farm at Flasher for many years, and on every Christmas at different locations.

Phone calls were often and always ended in “I love you” and give my love to whichever son-in-law. Arleen loved her apartment at Liberty Heights and the routine of lunch and Bingo on Monday through Friday. She loved shopping at Walmart and driving around in their carts. Any outing had to fit into club house schedule.

According to Arleen’s wishes, her body has been donated to the University of North Dakota Medical School. Arleen's Memorial Folder
To order memorial trees or send flowers to the family in memory of Arleen Bornhoeft, please visit our flower store.