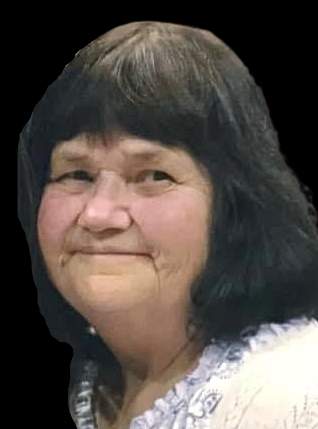 Karen N. Heck (Bliese), 70, Fort Rice, died July 18th, 2022, and joined the love of her life and precious daughter in heaven. Services will be held at 9am Friday, July 22, at First Lutheran Church, Mandan, with the Pastor Phil Leer officiating. Burial will be at the North Dakota Veterans Cemetery, Mandan, immediately following the service.

Cremation has taken place and visitation will be held from 4 to 6 p.m. Thursday at Buehler-Larson Funeral Home, Mandan, and continue one hour prior to the service at the church on Friday.

Karen was born Feb. 22, 1952, in Mandan to Herman and Marge (Muccie) Bliese . She was raised on a farm and educated during her grade school years in 1 room country schools in the Fort Rice area.  She was very proud to have been the first 9th grade class to get to attend high school back in Mandan.  Shortly after graduation, on June 20, 1970, she married Richard Heck in Mandan. In 1972, she became a mother for the first time to Richard Heck Jr. (Ricky).  A title she would hold and thrive in, for not only her kids, but all children she spent time with.  Her daughter Heidi followed in 1976 and her youngest son Shawn in 1979.

Karen spent a great deal of her time taking care of her family and friends.  Richard often worked out of town and she would maintain the chaos in her home with the 3 children and yet still managed to carve out a career for herself as a professional.  Her two most rewarding jobs were working for the president of the Bank of North Dakota and working for Burleigh County Social Services.  She still had maintained her friendships from the people she met there 40 years later.  Unfortunately, Karen was forced to retire after she was diagnosed with breast cancer in 1994.  She would go on to fight through 3 bouts of breast cancer, receiving a stem cell transplant and many trial treatments over the course of her life.  Her doctors used to say she was a walking miracle given what her body had been through and yet it was still fighting off the disease.  Her courage throughout was always an inspiration.

This didn’t slow her down from taking care of others or having some fun though.  She spent her summers in Fort Rice surrounded by friends and relatives.  There were always softball tournaments, holidays and plenty of friends, family (and beer) to entertain everyone.  Karen was such a huge sports fan!  Some of Karen’s biggest passions were watching Tiger Woods golf, Scottie Pippen play basketball and especially watching her New York Yankees.  Often naming her cats after them (Tiger, Scottie).  This summer she lived out one of her dreams by getting to see her Yankees play the Twins in June!  A trip she was so happy to have made with her granddaughters.  One of her other passions was baking and cooking!  She loved to try new recipes and share her creations with everyone and anyone willing to try.  It wasn’t uncommon to have people asking, “who made the bars” at weddings, birthdays or family gathering. She always brought goodies and usually more than enough to feed everyone.

Karen’s true happiness came from her kids and grandkids.  She would love to tell stories of their accomplishments in sports, school, and the families they had created.  She was very proud of her son Shawn, who served in the military on active duty.  She was always there to support he and his wife Nikki during his deployments.  Those two would go on to share many laughs and talks during those times, and Nikki was never far from saying or doing something hilarious to crack her up, adding another story Karen would need to share with the rest of the family.   Her first born Ricky used to drive her crazy as a youth with his stunts but would bless her with a family later in adulthood.  She used to enjoy the times when he, his wife Sherry and their kids, would spend the days in Fort Rice visiting and helping her with chores around the house.  It was always a good time to get caught up on the family happenings when they got together too.  Karen shared a special bond with her late daughter Heidi.  They were two peas in a pod and shared so many special times together.   Losing Heidi was hard on Karen but she lived on through Heidi’s daughters and cherished the similarities she saw in them that they shared with their mom.

Karen loved her grandchildren and it was the one thing that kept her going.  She would sometimes take all her grandchildren for the weekend.  Even though it was a lot of work and would wipe her out, she looked forward to those times with them all.  She was a spoiler too.  She would often show up with baked goods, gifts (for no special occasion), and invites out to supper at her favorite eating spots.  Treating her grandkids brought her so much joy.   Of course she would get them back, often stealing them for the weekend or a night to help her bake, clean, or get ready for family events.  Special memories that they all had with their grandmother for sure.

Karen leaves behind a life filled with love, compassion, selflessness and a lasting impression left on everyone lucky to have met her.

Blessed to have shared her life was her husband, Richard Heck (deceased) three children and their families, Rick (Sherry) Heck and their children, MaeKayla and Levi, Mandan, Heidi (Ryan) Hertel and their children, Skye and Rayne, Bismarck, and Shawn (Nikki) Heck and their sons, Parker and Preston, Bismarck; her brothers Harold Bliese, Mandan, Mike (Cori) Bliese, Rapid City, S.D., and Gus (Bonnie) Bliese, Ronan, Mont.; her sisters-in-law, Judy Heck, Mandan, and Elsie Heck, Germany; and special friends Melinda, JoAnn and Sharlene along with many friends and family.

To order memorial trees or send flowers to the family in memory of Karen Heck, please visit our flower store.